Scientists rock. They do amazing things, like explore space, invent new technologies, and find cures for diseases. Dr. Carl Winter is another scientist who rocks, only he literally rocks out on his synthesizer, creating catchy tunes about food safety and science. Winter started making music about 20 years ago. He loved music, but couldn't risk waking his sleeping children, so he purchased a synthesizer to work quietly with headphones on. Winter always realized that science communication is an integral part of science. 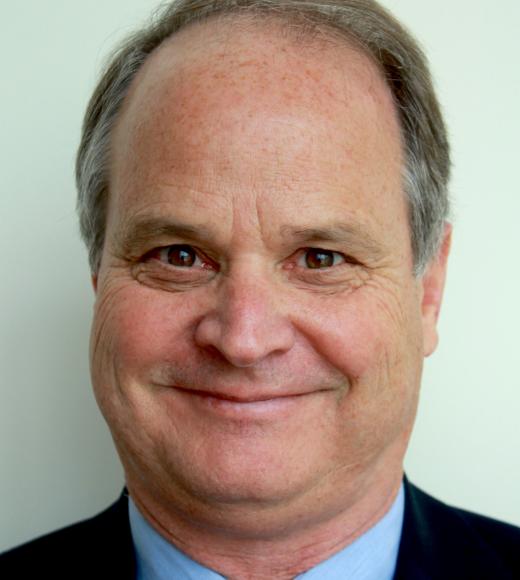 At the end of his PhD from UC Davis, he earned himself a AAAS fellowship and became a science writer for the Richmond-Times Dispatch Newspaper. He was warned that leaving academia for media could discredit him, but instead, the novel experience bolstered his skills and helped him to land an academic job. (He also highly recommends TA-ing as a great experience for preparing for academia). "Academia is a privilege," Winter states. He loves the freedom that comes with academia and the people that make his work life so enjoyable. He boasts about the UC Davis Food Science Department and is incredibly proud and grateful to be working with and near such creative and brilliant scientists. He has been in Davis since graduate school and has loved it too much to leave.

Academia has allowed Winter to transform himself 4 or 5 times, following the research paths he finds most promising and interesting from food contaminants to mycotoxins to, most recently, pesticides. There is an interesting dichotomy between the allowable levels of pesticides and the regulations in place. It stems from a misinterpretation of how safety standards relate to effective pesticide standards. Winter grows frustrated at misleading headlines that scare consumers about mythical dangers like the "dirty dozen" and that incite "grocery cart shaming" for those not buying organic.

"If you want to be concerned about something, worry about the workers."

The workers on the fields are the only people exposed to levels of pesticides at levels high enough for concern. Ordinary consumers should shop comfortably, and make sure to purchase fruits and vegetables regardless of whether or not there is "organic" labeling. Winter's work in food safety has often been topical. In the early 1990s, he testified before Congress, explaining facets of the Delaney report. His sharply honed science communication skills allowed him to translate the technicalities of toxicology to Congress, allowing them to vote on a measure in which they were not fully educated. Although he hasn't testified before Congress recently, Winter is still an active voice and serves as the Director of the FoodSafe Program at UC Davis and is a board member for the Institute of Food and Agricultural Literacy. He has a level-headed view of how science fits into society, and realizes that values are more important than science. If people believe organic-local-nonGMO food is safer for their family, they will chose safety over science, even if it's wrong. After a particularly frustrating consumer report, Winter released an original song, Political Hay, as a cathartic exercise. He actively blogs in efforts to debunk food safety myths. Science communication has never been a separate endeavor from academia for him. When he started making music, it became part of his research. His funny music parodies have ruffled some feathers over the years.

"There is always a fear of losing your credibility in academia. There is an expectation of seriousness that forces many to lose their personalities."

Allowing his personality to shine through his musical endeavors has helped to bolster Winter's career. He even earned a USDA grant to incorporate music into STEM education. As a professor at UCD, Dr. Winter leads a science communication course and even published a first-person paper on his anecdotal experience with the course. He hopes to expand the course to train new generations of scientists to communicate with the public. He has led many media trainings as well. (His course is in session – UCD grad students, feel free to enroll in the future!) Dr. Winter has evolved throughout his career and dabbled in many different areas of food safety research and science communication. He knows that exploring interesting paths and getting to know yourself is critical to success and satisfaction in one's career. He keeps this in mind as he mentors his own students. For those who aren't one of Dr. Winter's trainees, he advises to blog. Develop a portfolio. And get to know yourself. Dr. Winter is still evolving as a scientist, communicator, teacher, and musician. Check out his research here, his course here, and his music here!