On Wednesday, November 16, Sac Science Distilled hosted another pair of engaging public science talks at Old Ironsides. November's themes were adventure and geology, as professors Dr. Steven Skinner and Dr. Amy Wagner (both of Sac State's geology department) regaled a packed house with tales of swashbuckling, deep sea diving, and the science behind it all. 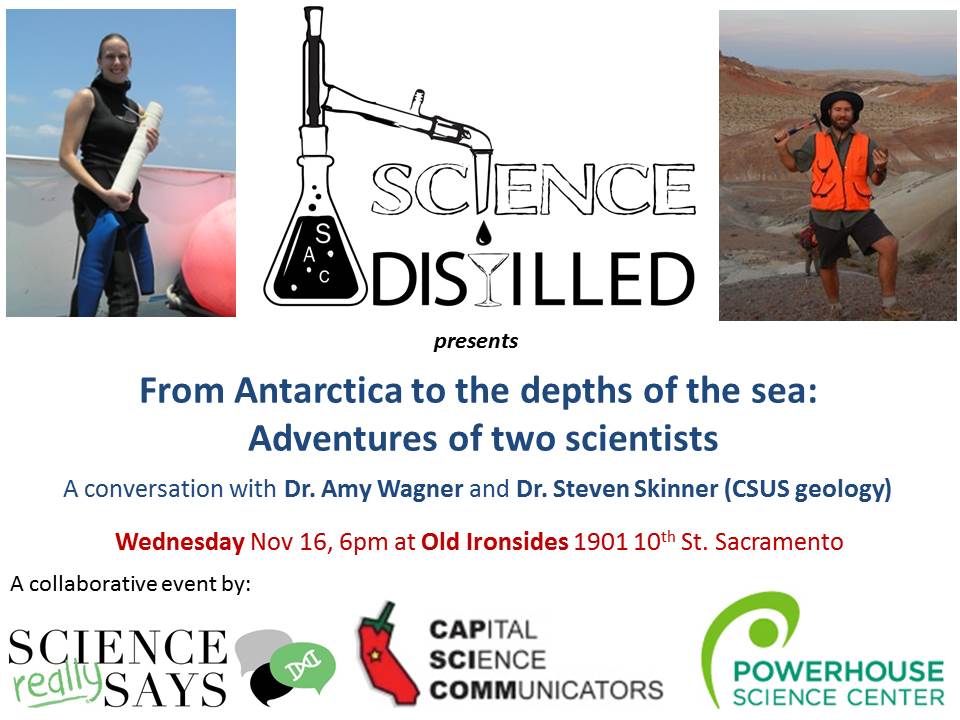 Steven Skinner studies paleomagnetism, which is the long-time history of Earth's magnetic field. This may sound odd, since we think of Earth's magnetic field as constant – it's the reason magnetic compasses work. But through studying the magnetic properties of certain volcanic rocks, and rocks in sea floor spreading zones, geologists have determined that the Earth's magnetic field has actually flipped direction many times over the course of the planet's history. This knowledge enables researchers to figure out how land masses have moved through history, by measuring signatures of the magnetic field that were left in rocks at the time they were formed.
If that wasn't cool enough, Steven's research calls him to one of the most extreme environments on earth: Antarctica. In between slides depicting magnetic fields and moving tectonic plates, Steven showed pictures and video of ice-breaking ships pounding through heavy seas, snow-covered landscapes, and steep Antarctic cliff faces. It was clear from his animated demeanor that Steven loves every part of his job, from the lab to the field and back again. 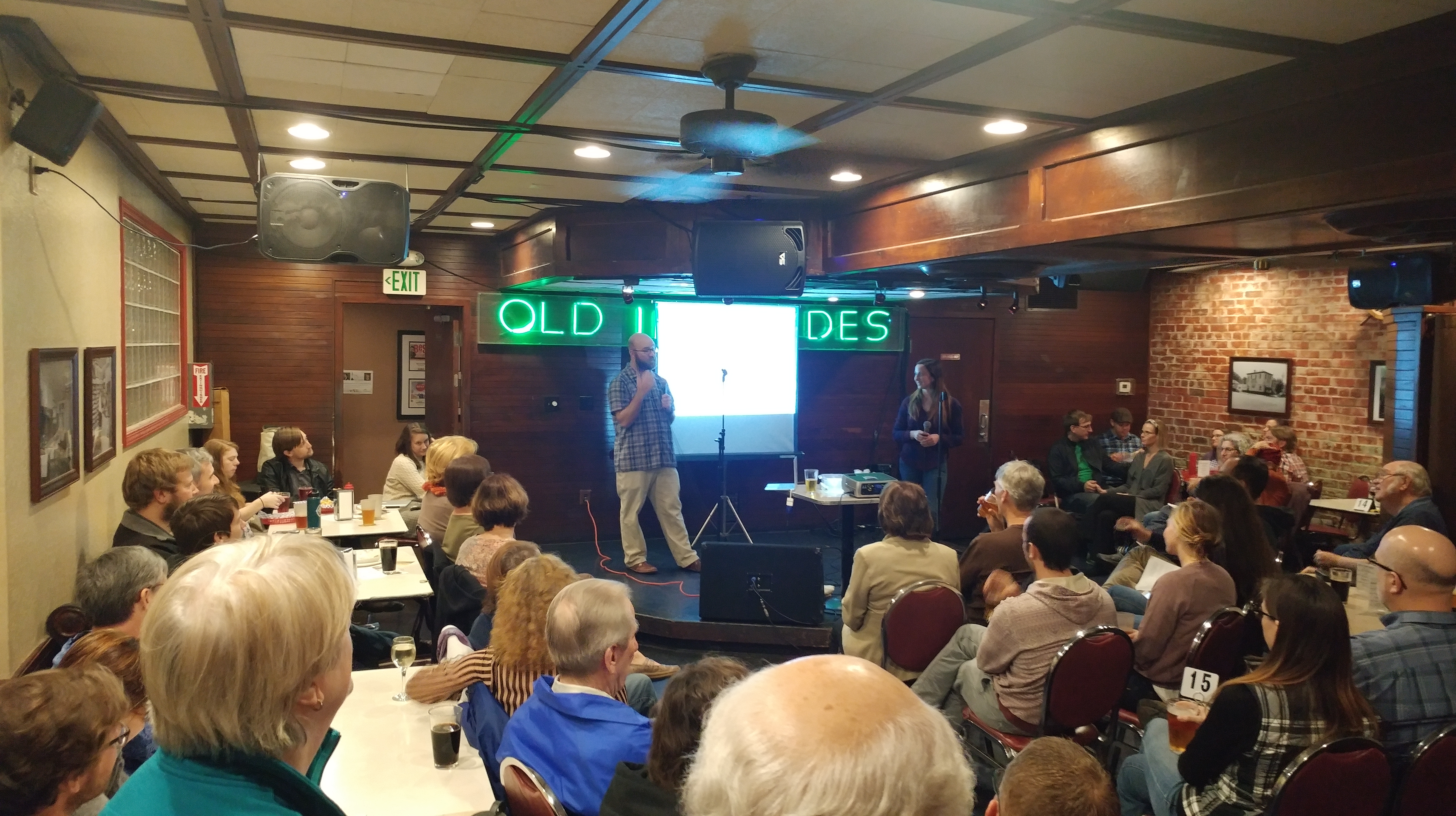 After a short demo from the Powerhouse Science Center on retracing geological history by looking at patterns in rock, we heard from Amy Wagner, whose research focuses on the ocean as it relates to climate. A key piece in understanding what's happening to our climate right now, and how human activity impacts it, is understanding how it worked in the past. As Amy very eloquently explained, the atmosphere can have a big impact on ocean circulation via changing temperature and salinity, and ocean circulation in turn has a major effect on the atmosphere – it's why, for instance, the UK has a temperate climate while being north of the Canadian border in latitude.
Amy's research also takes her on fantastic adventures. To get a sense of the history of ocean circulation, Amy studies the growth behavior of deep-sea corals. These aren't exactly the brightly colored corals that you can snorkel to off the coast of Australia - rather, they are typically much more plain-looking, smaller, and extremely slow growing. Their slow growth is the key that lets Amy see signatures of the conditions they were growing in for decades into the past.
The most impressive expedition Amy described was diving a kilometer and a half below the sea surface inside the Alvin submersible - the same vessel which discovered the wreckage of the Titanic! In addition to the fascinating technical details of the vessel and its scientific equipment, Amy showcased the human side of diving in Alvin. As with many long-standing human endeavors, diving in Alvin has its traditions - including being doused with buckets of icy water after your first dive. It was clear from the buoyancy of Amy's account that any hypothermia has been long forgotten.
To look at the crowd, you might think you were at a standup comedy show - cheerful, attentive faces, and full glasses all around. Mark your calendars for the next talks on January 18, when we'll hear from a pair of UCD chemists about how chemicals can be seen as tinker toys to build useful compounds- but be sure to get there early if you want a seat!

About the Author Jordan Snyder is a PhD student at the University of California in Davis. For more content from the UC Davis science communication group "Science Says", follow us on twitter @SciSays