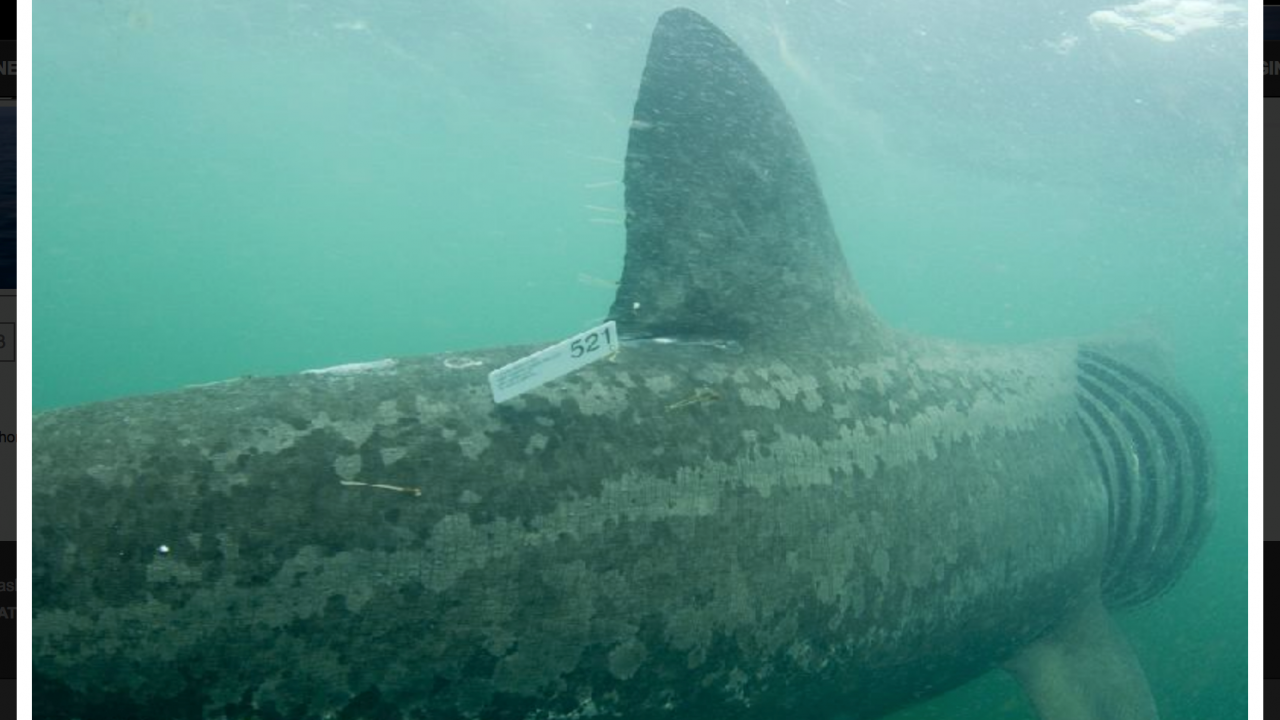 Matt Savoca and Alexandra McInturf led a nautical edition of Sacramento Science Distilled on June 13th by sharing their whale tales and shark stories. The event was held outdoors in the courtyard of Streets Pub and Grub. The afternoon heat eventually turned to a cool and comfortable evening. Savoca is a post-doctoral researcher at the Hopkins Marine Station of Stanford University, right next to the Monterey Bay Aquarium. Savoca has been interested in the environment since childhood. "I was always generally interested in nature," Savoca said.

"When I was a kid, I collected zoo books and I loved visiting the museum of natural history. I was in the Boy Scouts and whenever we would go camping, I would be looking for animals." - Matt Savoca

Savoca first explained some of the differences between the two main families of whales. Toothed whales, like orcas and dolphins, hunt prey such as fish and squid. Baleen whales, like humpback whales, use specialized filters to sift small organisms such as krill, shrimp, and small fish into their bellies. Savoca passed around a 3D printed replica of a baleen from a young, medium sized baleen whale.

"Even though they're some of the most charismatic animals in the world, we have very little information on their basic biology, and that includes how they find food," Savoca said. Savoca showed the audience footage of whales breaching, feeding, and surfacing to breathe. The video footage, and other useful information like the speed and direction of the whale, were collected from tags researchers placed on the whales using suction cups.

"Whales have the perfect skin for suction cups!" Savoca told the crowd. Savoca passed around two tags for the audience to inspect. Both tags were large and brightly colored to stand out from the blue ocean. After being placed on a whale, the tags operate for a few hours before naturally detaching and floating to the surface for collection. The data can then be catalogued and analyzed, offering up clues about where the whales travel and what they were up to that day.

"These whale species can mobilize interest in conservation in these environments," Savoca said. "But these are also important animals in the ecosystem. They're ecosystem engineers, they transport nutrients around. They're important indicators of marine environmental health."

McInturf is a Ph.D. candidate studying animal behavior at UC Davis and was similarly captivated by animals as a child. "I wanted to be a vet for the first ten years of my life," McInturf said.

"I've always loved animals, I loved going to our backyard and playing in the creek. We used to take these annual trips to Florida - my aunt had a place down there - and I would be obsessed with the animals in the water." - Alex McInturf

McInturf opened by discussing the movement of animals as they search for food and partners. McInturf suggested that if we knew more about where sharks assembled for meals or mating purposes, we could create marine sanctuaries which better protect vulnerable sharks. The biggest problem is that we simply don't know much about where sharks spend their days or where they decide to breed. "A lot of people don't think of sharks as being social animals, and I think that's probably fundamentally untrue," McInturf said. "They have very large brain sizes, for the most part, relative to their body size. They're known to form groupings in some species. This is a new area of study because we now have the technology to look at it." McInturf passed around tags used to monitor the location of basking sharks. These tags were much smaller than the whale tags Savoca displayed. "One of my proudest moments is how I funded the tags for my first field season last year," McInturf said. "We didn't see any sharks at the surface, but they were breaching and launching themselves out of the water, which was amazing. We brought four tags over, and the way I paid for those was through crowdfunding." McInturf explained that sharks have bristly skin, so suction cups aren't as useful. Instead, researchers use a small harpoon to implant the tags near the dorsal fin. McInturf compared the sensation of the tag implantation to piercing an ear, since a shark's body is made of tough and flexible cartilage. The information collected by the tags help researchers understand where sharks travel during their daily activities.

McInturf showed a video detailing the daily migration of broadnose sevengill sharks in and out of the San Francisco Bay. The sharks follow the tides of the bay to search for food and mates. Researchers have even found baby sevengill sharks in the bay, which is quite a find - scientists have precious little data about where sharks grow and develop. Sevengill pups have to deal with the dynamic industrial landscape of the Bay Area on top of typical shark problems such as finding food, competing with other sharks and avoiding predators. Future decisions about land and water usage and development in the San Francisco Bay could be geared toward protecting vulnerable pups, but success is most likely if the public is involved.

"You include the public, you raise awareness of your research, but you also get to make everybody feel like they're part of something important," McInturf said. I think that's a link that people often miss. I think it's hard for the public to feel invested all the time because we're not including them in what we're doing."

Author: George Ugartemendia, an MPH student at the University of California, Davis.