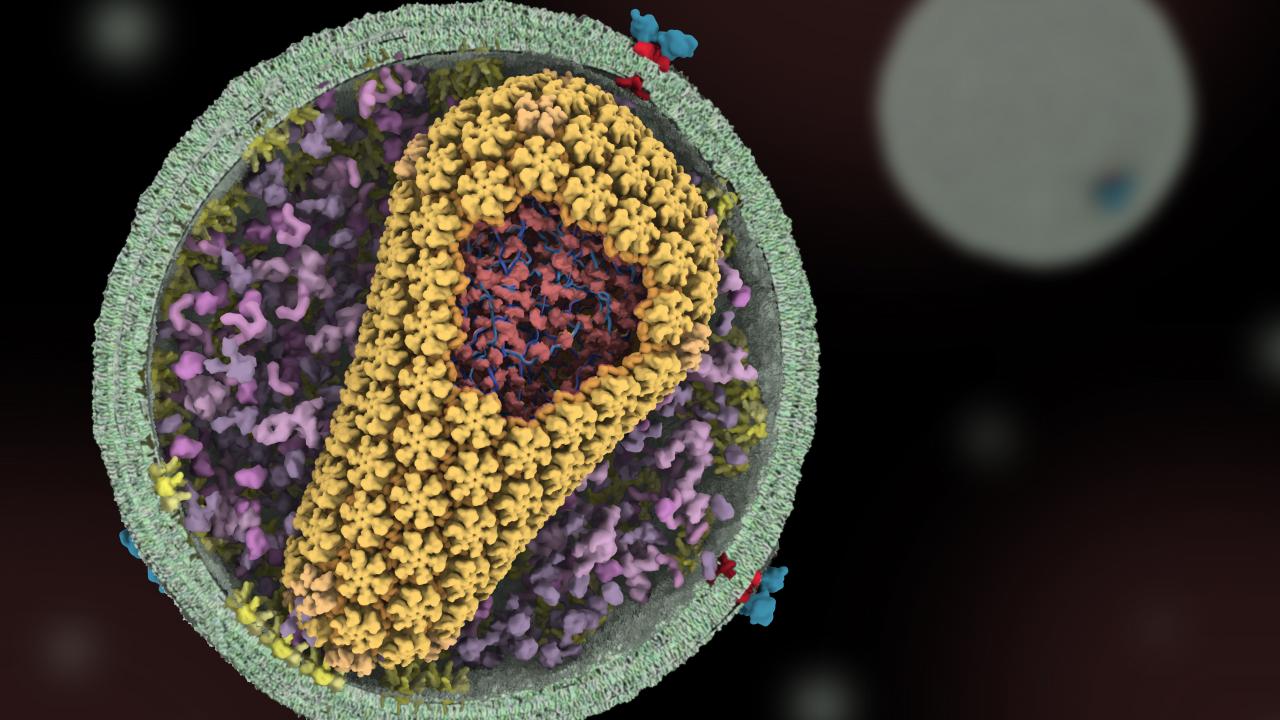 A picture is worth a thousand words, but what about a video? Keeping with our theme of the intersection of science and art, we invited the head of The Animation Lab, Dr. Janet Iwasa, from the University of Utah to share how she learned to create scientific animations.

In the 1950s, an iconic video was made of a white blood cell crawling after bacteria. While this inspired many biological questions at the time, it also started Dr. Iwasa down the path of scientific animation when she first saw it many years later in graduate school. “Over the years...I’ve noticed that when people are explaining what they think is happening, it’s really hard for people to do this without drawing, without scribbling on a piece of paper what they think is happening,” she said. The problem with these scribbles — that eventually develop into figures modeling a mechanism — is that they lack many complex details. Even after listening to many presentations supplemented with hand gestures explaining how kinesin “walks” along a microtubule, it didn’t click for Dr. Iwasa until she saw an animation of the process created by Graham Johnson. “It made it a lot more intuitive and easy to understand...in a way it made me think, why aren’t we doing this for everything?” she said.

During her graduate education at the University of California, San Francisco, Dr. Iwasa worked on building her animation portfolio. She took a class at San Francisco State University and was granted time away from the bench to hone her skills. She said, “the way I thought about it, was that animation has this way of synthesizing data that we’re collecting from all realms of biology in a way that really no other tool could. It allows us to create this visual hypothesis of how we think things work.”

Dr. Iwasa continued to forge her own path into scientific animation through her NSF Discovery Corps post-doctoral fellowship, a pilot program aimed at combining research with outreach and education. During her tenure with Dr. Jack Szostak in Boston, she went to Hollywood to learn the industry-standard animation software Maya. She used what she learned to build animations about Dr. Szostak’s work on the origin of life. In fact, searching for “protocell” brings up Dr. Iwasa’s image as the first entry on Google Images. Additionally, she worked with the Museum of Science in Boston to produce an interactive exhibit on the origin of life that had a five-year residency.

As for accessing her work, Dr. Iwasa has made it a point that her work is freely distributed under the creative commons license. “Scientists complain that when you do a search for DNA, half the time the structure is wrong or something like that. I think the reason for that is because scientists are not producing images that are publicly accessible,” she explained.

“One of the things I’ve really enjoyed doing is thinking about how to incorporate animation into the way scientists communicate their data to other scientists,” she said. And that’s her goal with her Animation Lab now. “I have this way of defining the niche of the lab: if you can’t see it by eye, it’s a good subject for animation.” Her portfolio includes animations for publications as well as public-facing communication about topics like HIV. Her lab has multiple on-going projects funded through collaborative grants or grant supplements. If you’re interested in working with her team in a post-doctoral position, she says animation experience is a must and that there are many accessible tutorials on YouTube.

Thank you to Dr. Janet Iwasa for her time and images.

Sydney Wyatt is a PhD student at the University of California, Davis. For more content from the UC Davis science communication group "Science Says", follow us on Twitter @SciSays.