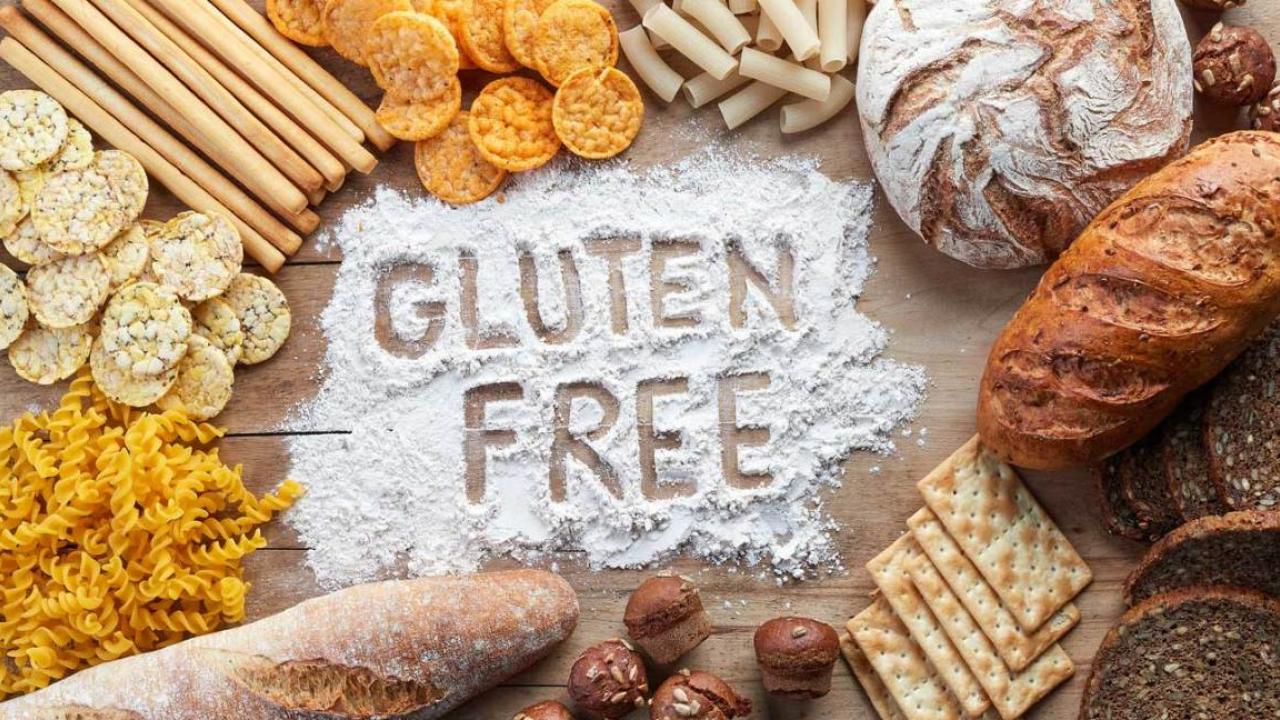 Gluten-free diets are all the rage. I mean, if your yogurt label says "gluten-free" then gluten must be bad right? But wait, what about those recent headlines claiming there's arsenic in gluten-free foods? Is it safe to eat literally anything? If you feel this way trying to navigate nutrition advice, you're not alone.

According to headlines practically anything can either kill you or cure you. This might leave you feeling like science is wishy washy, and maybe you should turn to your pastor or yoga instructor for nutrition advice instead. The truth is, food science is nuanced and headlines are not. In this post, we'll guide you through the gluten gamut and share some general tips for navigating nutrition science news.

First, unless you're one of the less than 2% of people with Celiac disease or a wheat allergy, you probably don't need to worry about gluten. Gluten is a protein found in wheat that helps to give bread that nice gooey texture. Contrary to some claims that gluten is a byproduct of modern "genetic tinkering," we've been eating gluten since the dawn of wheat domestication about 10,000 years ago. We've only been digesting gluten-related news hysteria for about the last 6 years thanks to a book called Wheat Belly. 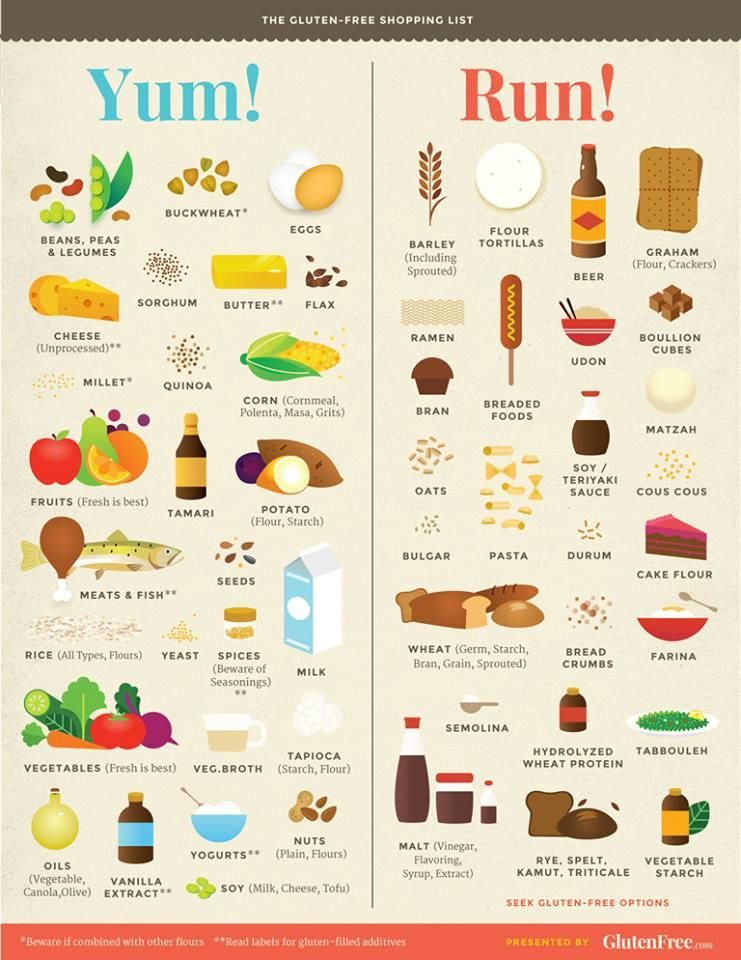 Wheat Belly was written by Dr. William Davis after he noticed that the health and weight of many of his patients improved when they stopped eating wheat. He attributes this difference to gluten and inflammation. In the science world, we call this kind of evidence anecdotal because it comes from casual observations not carefully controlled studies. Scientists have tested Davis's theory by administering controlled tests where (for example) people with self-reported gluten sensitivities consumed either wheat or whey proteins.

So far, the evidence doesn't match the anecdote.

Obviously if you give up beer, pizza, and cookies your health will improve. By eliminating wheat, you'd probably eat less processed foods which tend to be high in sugars, calories, salts, etc.

But reports of celiac disease and other wheat-related allergies ARE on the rise. There are several possible explanations for this. Our attention to the diagnosis of these conditions and the sensitivity of the tests required to confirm them has increased. Additionally allergies and autoimmune diseases like celiac are on the rise in general. We don't yet know why this is, but one intriguing possibility is the hygiene hypothesis--basically, in our increasingly urbanized and sterile environment, children are exposed to less immune challenges, causing their immune system to mistake friend for foe. There is some evidence to support this hypothesis. For example, children who grow up on dairies or in close contact with pets are less likely to develop asthma and allergies.

That still doesn't explain why some people feel better when they cut wheat out of their diets. Wheat has changed over the ages with breeding, so it's possible that modern wheat could cause irritation, but it is difficult to say, because cutting wheat out of your diet means cutting a whole lot of other stuff too. Obviously if you give up beer, pizza, and cookies your health will improve. By eliminating wheat, you'd probably eat less processed foods which tend to be high in sugars, calories, salts, etc.

The promise of a gluten-free diet has lead 1 in 3 Americans to consider the switch, expanding a niche market into an advertiser's dream. You can now buy gluten-free chicken nuggets, brownies, and even beer. What luck! Now we can go gluten-free and still have all the junk that typically hides in wheat-based processed foods. But headlines are now claiming that these foods may come with a side of heavy metals and arsenic.

In a study published recently by the University of Illinois, scientists found 50% more arsenic and 60% more lead in the urine of people on a self-reported gluten-free diet. Before you set fire to your pantry, food toxicologist Dr. Carl Winter noted that these estimates are all below levels of concern identified by the US EPA, but by less of a margin of safety than is typically allowed for compounds such as pesticides which are carefully monitored and highly scrutinized.

To put these amounts into perspective, arsenic has an LD50 of 15mg/kg. That means if you fed a bunch of 1kg rats 15mg of straight arsenic, half of them would die. But rats are pretty small. It would take 900 mg of arsenic in one serving to kill a Gwyneth Paltrow-sized rat. That's about 5000 times more arsenic that you'd find in a typical 1 pound bag of rice. In urine, the limit considered safe for arsenic is 100ug/L which is still way more than the 12ug/L found from those on a gluten-free diet (for comparison, those who eat gluten still peed 8ug/L of arsenic).

What's more, the specific source of the arsenic in gluten-free diets is important. Although they didn't directly test for it, the researchers speculate that these elevated levels of arsenic come from an increased consumption of rice. Many gluten-free products contain rice flour as a substitute for wheat flour, and according to UC Davis rice extension specialist Dr. Bruce Linquist, arsenic is higher in rice than many other cereal crops due to the anaerobic soil conditions rice is grown under. Other studies have found arsenic in rice-based gluten-free foods but not in gluten-free foods lacking rice.

This doesn't mean you should throw away all the rice in your cabinet either. As toxicologists like to say, the dose makes the poison. One study indicated that Asian households living in the US are only exposed to about 2.8 ug of arsenic per day from eating rice. There's more arsenic than that in our tap water.

So what's the takeaway? Gluten probably won't kill you and a gluten-free diet probably won't either. Neither will rice or tap water. On the other hand, too much of absolutely anything can kill you. A small number of celiac patients have faced arsenic poisoning because they were unknowingly eating rice-based products 3 meals a day. For anyone, especially children, the FDA recommends a varied diet to decrease the risk of exposure to arsenic. The same strategy can be applied to many dietary concerns. Variety is good, homogeneity is bad. So although it's cliche, a good rule of thumb is everything in moderation – even arsenic.

Jenna E Gallegos, Lynn Ly, and Eric Walters are graduate students at the University of California in Davis. This post was written as part of a project called "Science REALLY says" which seeks to ensure scientific data is accurately represented by the media. For more content from the UC Davis science communication group "Science Says", follow us on twitter @SciSays and like us on facebook.