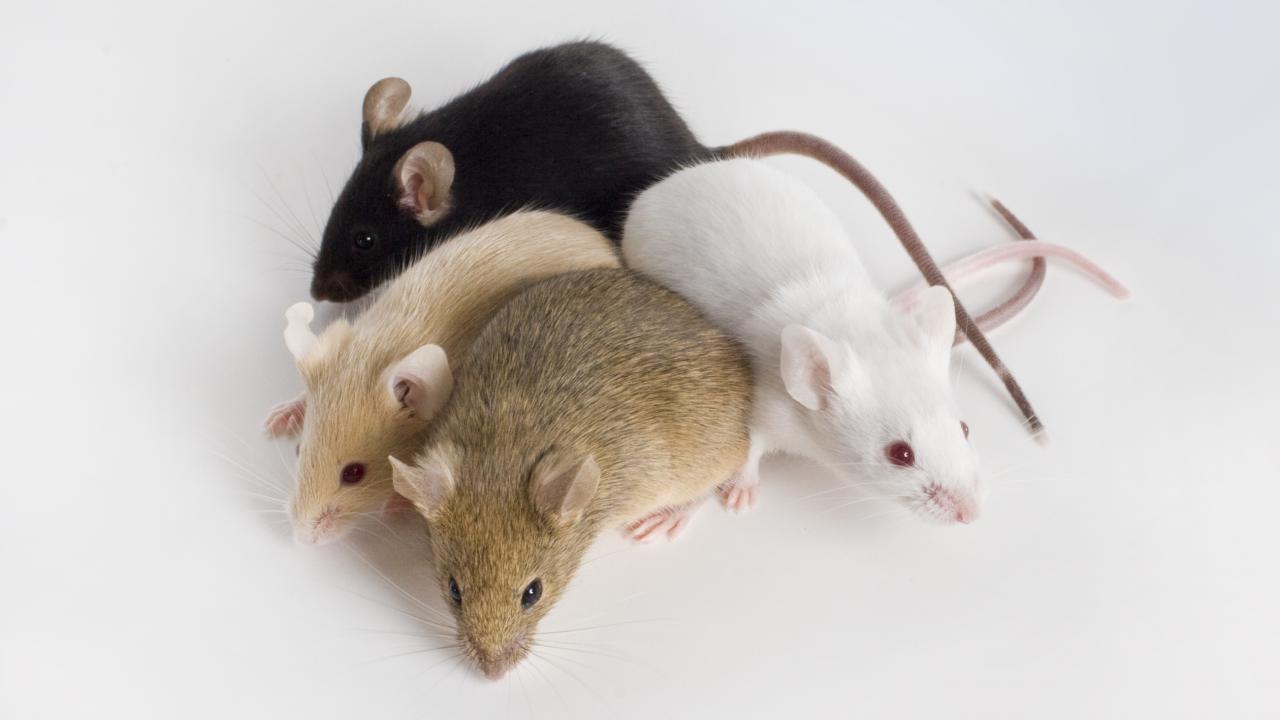 Nycole described how “inbred strains are created to ensure phenotypic consistency by controlling for the effect of background” so that broad genetic variation in the mice do not have an effect on the reported findings of the study. Rather, the genetic manipulation used to model the disorder of interest is the only source of any subsequent behaviors; then possible treatments can be tested. While there are multiple commonly used mouse genetic strains, researchers across labs tend to ignore strain differences. This can be problematic: if one mouse strain has a stronger seizure response and subsequently strong social behavior changes, the results can be skewed. The outcomes might be based on the genetic background of the mouse, not the mutation that researchers are trying to study. Nycole made note of this in other studies and wanted to see if there were distinctions between strains that should be accounted for. In her recently published study investigating the importance of genetic background on behavior in strains commonly used to model neurological disorders, she found robust behavioral changes when there was just a 1% difference in genetic background.

Her results revealed surprising and noteworthy variations between seemingly identical genetic strains of mice. The strains C57BL/6J (B6J) and C57BL/6NJ (B6N) are genetically different by only 0.8%, and would seem likely to have similar physiological and behavioral responses. Yet this was not the case. Genetic strain B6J mice were found to be much more seizure resistant compared to B6N mice. Differences were further highlighted through increased motor activity in B6J and repetitive behavior in B6N, though both showed social behavior impairments. These behaviors are an important part of studying neurodevelopmental disorders: ASD, for example, is partly characterized by social behavior impairment. If some phenotypes result from strain choice rather than the disease model, eventual therapeutic testing may rely on ineffective behavior assessments that do not accurately describe the disorder.

These seemingly unimportant genetic differences can cause replication issues between labs that could spill into translational gaps between species, as mice are often the last step before therapeutic testing in primates and humans. “With disorders that have such a broad spectrum of phenotypes,” Nycole explained, “you have to know 100% what’s on your end before you send things off clinically.” With such differences in what should be a tightly controlled aspect of the study, this may help to explain the gap between rodent and human research. The inclusion of these distinctions is necessary, especially in translational work where the results are meant to parallel human disease and disorder.

If a lab is considering using different background strains, Nycole recommends they be characterized for behaviors before conducting experiments. In her own research, she says they have crossed genetic strains in order to find a middle ground so that neither strain has especially high or low seizure susceptibilities. While researchers are constantly making advancements in neurodevelopmental disorder research, this study is an important reminder of how seemingly unimportant details, as small as 0.8%, can have consequences.

Lydia Chang is a fourth year psychology major at UC Davis working toward a minor in professional writing. She has interned with the Bales Lab for about a year as an undergraduate, primarily scoring videos but also assisting with other tasks around the lab. This quarter Lydia is also doing a writing internship under Dr. Karen Bales and with graduate student Logan Savidge to practice science communication.