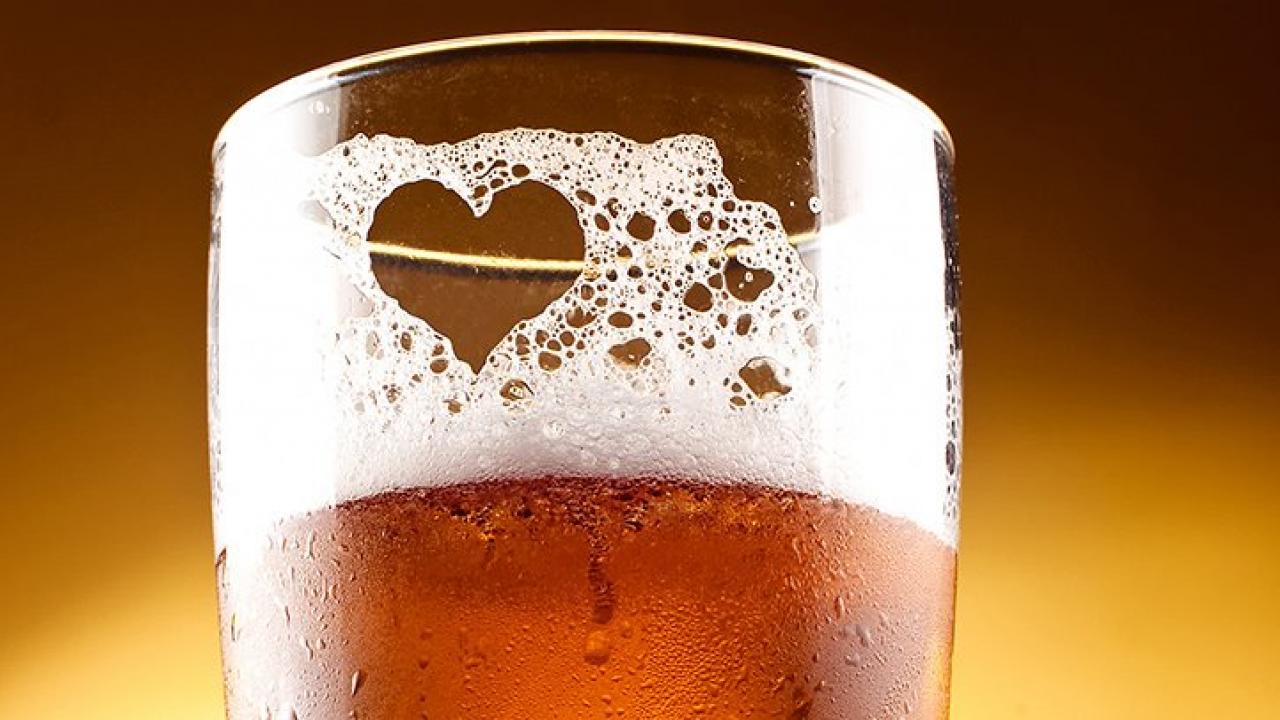 A Beer A Day Keeps the Doctor Away? Here's the Science Behind the Headlines

Just in time for holiday gatherings, news outlets reported that drinking a beer a day could prevent heart disease and stroke: Time – "The Truth About What Alcohol Does to Your Heart" (Nov 13, 2016) Huffington Post UK – "Drinking One Beer A Day Can Prevent Stroke And Heart Disease, Study Suggests" (Nov 14, 2016) Daily Mail – "Regular Drinking Preserves 'Good Cholesterol' Levels" (Nov 14, 2016) These articles missed some major points about alcohol and health.

The original study was conducted by PhD candidate Shue Huang at Pennslyvania State University. Huang followed 80,000 healthy Chinese adults for six years and monitored how their drinking habits affected cholesterol levels. Adults who drank moderately maintained more good cholesterol as they aged. Importantly, these are preliminary results presented at the American Heart Association's Scientific Sessions, 2016. Often, the point of presenting such results at conferences and sessions is to receive feedback from others in the field. News media outlets failed to mention that these results have not been peer-reviewed. In the peer review process , experts in the field ensure the credibility of published research by critiquing the study design, analysis, results, and conclusions prior to publication. We contacted Huang for details about her study, but she was uncomfortable giving any more details until it had finished undergoing the peer-review process.

So, what are the facts?

Beer is packed with polyphenols and other compounds that have complex, not-well-studied, potentially beneficial effects on our bodies. It is likely that some of these compounds improve HDL cholesterol levels. However, beer contains alcohol, a substance that is unduly bad for health. Alcohol leads to weight gain and liver disease, causes poor sleep, and is associated with reckless decision-making. Although some of these trends have been established, teasing out cause and effect is difficult with alcohol, especially with beer and wine.

Several studies have found correlations between beer or wine and good health, but it is unclear whether it is the alcohol itself or other compounds unique to beer or wine specifically that have an effect. And as one study pointed out, "moderate drinkers tend to be younger, leaner, more physical active, of higher socioeconomic status, and more likely to be married compared with people who abstain or drink rarely." Each of these confounding factors – age, weight, physical activity, income, and marriage status – can also effect health, and knowing which factor is contributing in what way is difficult determine.

We reached out to Kenneth J. Mukamal, MD, MPH, an expert in cardiovascular health and alcohol consumption. He commented that, drinking alcohol (probably any kind) tends to raise HDL-cholesterol levels: that fact is very well established in the literature… The DailyMail piece certainly goes well beyond that – they reference risk of stroke, but that's not directly addressed in the original abstract, and decisions about how much alcohol to drink have relatively little to do with whether alcohol raises levels of this biomarker... Essentially, Huang's study reaffirmed that alcohol increases HDL cholesterol levels. However, this does not necessarily translate to increased health per se, especially due to other negative effects of alcohol consumption.

There are far better ways to increase HDL levels, like eating a well-balanced diet, exercising, or taking niacin. Although many studies suggest health benefits from moderate drinking in some circumstances, there have been no long-term, randomized, double-blind control trials – the gold standard in clinical research – to determine if beer can reduce heart attacks or stroke while increasing general healthfulness.

Why does study design matter? Epidemiological studies survey populations, collecting data on things like eating and drinking habits, socioeconomic status, and health outcomes over time. They are powerful for detecting trends in massive populations, and they can assess associations on a far larger scale (and at a much lower cost) than randomized control trials (RCT). However, epidemiological studies can only draw correlations, not determine causation.

To relate this back to the beer study at hand, although there is a connection between alcohol consumption and increases in or maintenance of HDL cholesterol levels, the cause of this correlation is unknown. Although drinking beer in moderation is likely okay, there is no direct evidence that drinking beer reduces disease.

Taylor Reiter, Zane Moore, and Lynn Ly are PhD students at the University of California in Davis. This post was written as part of a project called "Science REALLY says" which seeks to ensure scientific data is accurately represented by the media. For more content from the UC Davis science communication group Science Says, follow us on twitter @SciSays and like us on facebook.