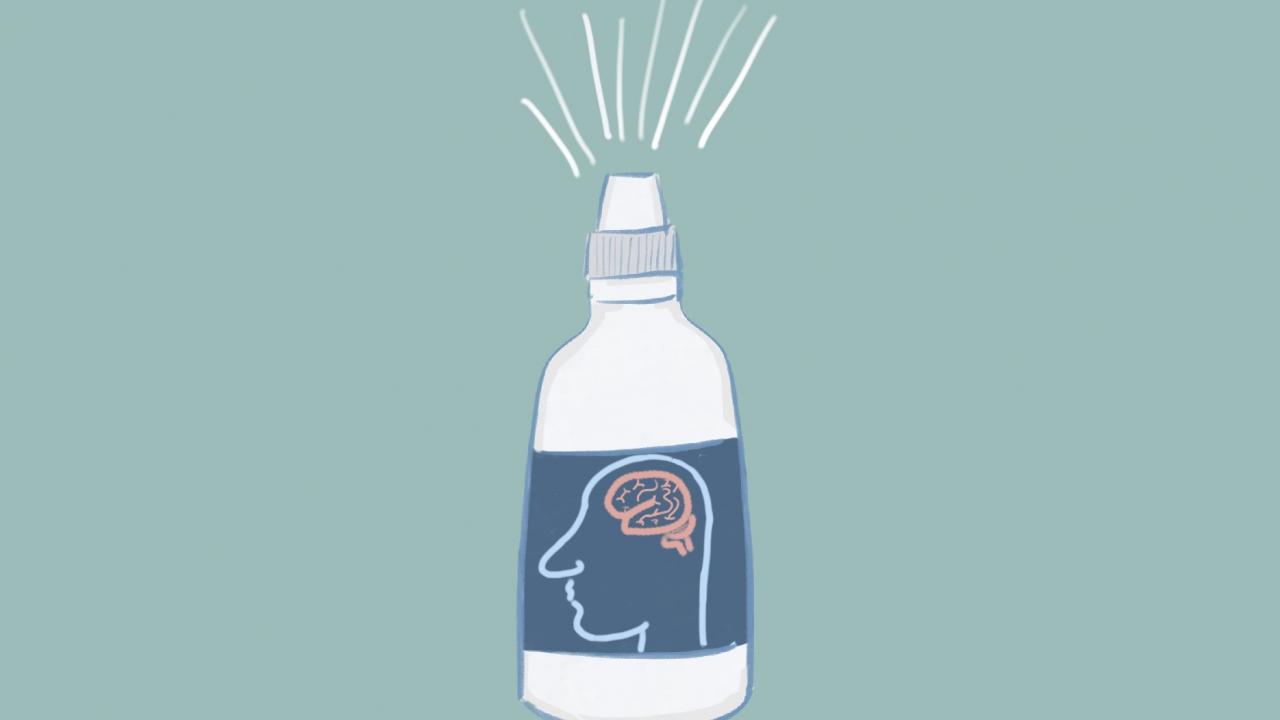 Flu season can be stressful, especially if you’re afraid of needles. But what if you could receive your flu shot as a nasal spray instead? Research shows this noninvasive, intranasal delivery method may be possible in the near future but there are difficulties.

Although we cannot use a nasal spray instead of a flu shot yet, doctors are already taking advantage of intranasal delivery for children. In Neonatal Intensive Care Units, nasal sprays are used to administer sedative drugs to infants. This produces safe, quick results with minor side effects.

Similarly, intranasal medications are used to induce amnesia in children in the pediatric emergency department. Intranasal delivery is found to reduce anxiety and minimize physical restraint that would be necessary to insert an intravenous line. Overall, nasal sprays create a smoother experience for the child, their caregivers, and the healthcare providers.

Researchers have also found nasal sprays to be a helpful delivery method. Dr. Karen Bales and the Bales Lab at UC Davis investigate the potential long-term side effects of oxytocin treatment by using intranasal delivery of oxytocin in a nonhuman primate species, the titi monkey. Oxytocin is a hormone released by the brain in relation to social bonding and maternal care. As social deficits are a key characteristic of autism spectrum disorders (ASD), nasal sprays have been utilized in research to alleviate social symptoms in children with ASD.

Use in nonhuman primates

Bales Lab researcher Rocio Arias Del Razo described how “the monkeys are habituated to every step of the [intranasal] dosing process” with treatments going more smoothly than injection treatments.

Dr. Karen Bales also points out, “It’s less stressful… because the only other option for use in humans [at this moment] would be giving an injection” and putting children through that stress on a regular basis would be less than ideal. In this way, not only is intranasal administration useful for primate research, but it is also directly transferable to humans.

Although the mechanism is not entirely understood, researchers observe immediate behavioral changes after intranasal doses of oxytocin; the Bales Lab’s titi monkeys increase grooming and overall sociability after oxytocin dosing. After daily administrations over longer periods of time, females are more likely to prefer their family’s company over strangers, while males prefer to be social with strangers. Males also seem to exhibit anxiety-like behaviors, therefore further research into male-specific side effects is needed. Importantly, Dr. Bales’ research is able to illustrate the short and long term effects of human hormonal treatments on primate behavior.

While there are compelling reasons to use the nasal spray delivery method, there are still many challenges to this type of treatment, one of which is the blood-barrier barrier (BBB). The BBB prevents substances from entering the cerebrospinal fluid (CSF), a clear liquid surrounding brain cells. Some medications, such as an anesthetic, do not need to reach the brain to produce effects thus avoiding the BBB. How can researchers be certain the hormones in the nasal spray are reaching their intended place in the brain?

Psychology graduate student and Bales Lab researcher Lynea Witczak explains, “If you do a spinal tap, you see that oxytocin levels rise in the cerebrospinal fluid about 30-60 minutes after an intranasal spray… and we also see behavioral changes.” Researchers may not be able to point to where these hormones are going in the brain, but this method confirms the hormones made it to the brain and out to the body through the CSF.

What else is there?

According to Neurelis, Inc., the U.S. Food and Drug Administration approved the use of diazepam nasal spray to treat seizures on January 13, 2020. Compared to the already approved rectal gel, this seems to be an easier way to administer medication while producing immediate results.

Cannabidiol (CBD) is also used as a nasal spray for the use of movement disorders such as Huntington’s and Parkinson’s diseases as well as chronic pain and inflammation. Its noninvasiveness makes it “significantly superior” to oral forms of pain relief through avoiding first-pass metabolism and immediately entering the bloodstream.

Intranasal insulin has been studied in the context of treating substance abuse disorders, and the authors note that intranasal delivery is direct and does not induce any serious negative side effects or safety concerns.

Research may lead to future use

Lydia Chang is a fourth year psychology major at UC Davis working toward a minor in professional writing. She has interned with the Bales Lab for about a year as an undergraduate, primarily scoring videos but also assisting with other tasks around the lab. This quarter Lydia is also doing a writing internship under Dr. Karen Bales and with graduate student Logan Savidge to practice science communication.