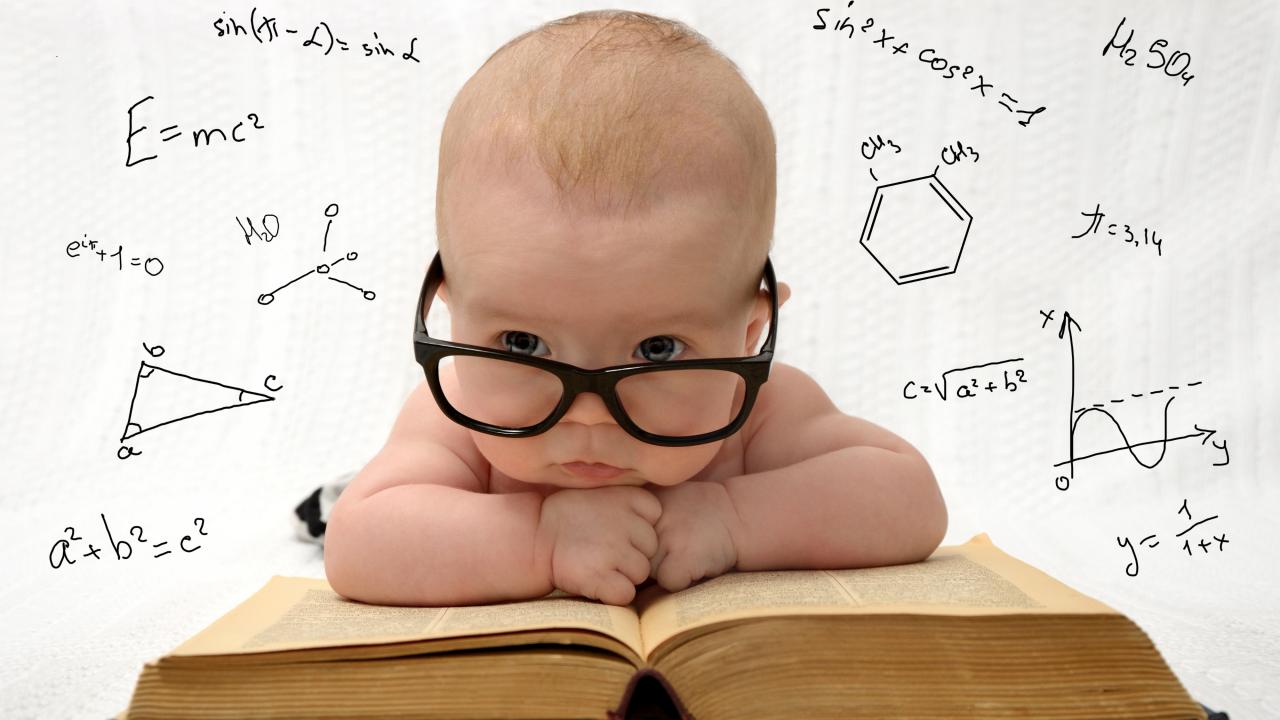 Does Intelligence REALLY Come From Our Mothers?

But what is this new research and what does science really say about the source of our smarts?

It turns out the mother of all these headlines isn't actually new research at all. These articles refer to a blog post that references studies ranging from 1972 to 2012. We reviewed these studies, contacted the scientists, and dug into the literature on IQ inheritance to figure out what the science really says.

First, intelligence is tough to define. IQ tests clearly don't reveal a natural ability, because scores improve with practice. And genes linked to high IQ's only account for about 1-2% of intelligence. With so little data on smart genes, how could anyone claim intelligence is inherited from our mothers?

The whole crux of the argument is that most of a child's intelligence depends on the X-chromosome. In one study cited, more genes known to be associated with mental disabilities were found on the X-chromosome than on non-sex chromosomes. But the authors note: cognitive ability is a complex trait... a healthy lifestyle of the mother during pregnancy, well-balanced nutrition, and intensive and responsible care by the parents are far more important factors.

The X-chromosome is clearly important for brain development, but there are also mental disorders linked to other chromosomes.

For example, Down Syndrome is caused by an extra copy of chromosome 21. The authors speculate: to keep a complex organ such as the human brain functioning normally requires not one, not two, but hundreds or thousands of genes even if there are a host of genes important for brain function on the X-chromosome, females also inherit an X-chromosome from their dad.

Here's how the blog accounts for this: One of the first studies in this area was conducted in 1984...there are conditioned genes which are activated only when inherited from the mother...maybe they could even result in some brain functions.

The problem is, brain tissue isn't actually mentioned in any of the studies referenced from 1984. These studies monitored the development of mouse embryos created by fusing either two female or two male genomes. There were differences which could be explained by imprinting: when one copy of a gene (either the maternal or the paternal) is turned off. These are the conditioned genes mentioned in the blog, but they were not linked to brain development in these studies.

Two additional studies (from 1995 and 1996) also created mouse embryos in which some cells contained only maternal or only paternal genes. In these, brain tissue was discussed, and the blog concludes: cells that had paternal genes accumulate in some of the emotional centers of the brain...researchers have not found any paternal cells in the cerebral cortex, which is where are developed the most advanced cognitive functions. Cells in the cerebral cortex were more likely to contain strictly maternal genes, but this was not universally true.

A similar correlation was also found in primates (in 1996). We asked Dr. James Curley if this difference related to intelligence: I wouldn't conflate expression of genes in the cortex being a proxy for intelligence. The expression of these genes obviously contribute to the development of brain regions and neural circuits involved in the control of behaviors related to intelligence such as learning and memory – but each gene would need to be studied for its role to gain further understanding.

On the other hand, another study (not cited in the blog post) showed that females with turner syndrome have a thicker cortex if their X-chromosome is inherited from their father.

The remaining studies cited by the blog all considered the effect nurturing has on intelligence, but did not measure differences between maternal and paternal care. The first study found that attachment with mom influenced how toddlers problem solve. This was described as enthusiasm, persistence, and cooperation. This could be described as intelligence, depending on your definition.

From a study investigating the link between breastfeeding and a child's intelligence, the blog concluded that "the best predictor of intelligence was the IQ of the mother But this study mainly showed that intelligent mothers were more likely to breastfeed, and that breastfeeding had little to no effect on the child's intelligence. The father's IQ wasn't even considered. Of the most recent study cited (2012), the blog claims, when the mothers were emotionally supportive...the hippocampus of the kids at age 13 was 10% greater. But, the author of this study, Dr. Joan Luby, said this was not an accurate explanation: Our interpretation here was that this was a psychosocial phenomenon not a genetic one and was caregiver specific not gender specific.

The one study that did discuss a genetic component found that mutations in a certain paternally expressed gene in mice lead to poor nurturing habits in mothers, but intelligence wasn't considered at all.

While it makes for a good headline, inheritance of complex traits can't be boiled down to a simple statement like intelligence is inherited from mothers.

Jenna E Gallegos, Katharine Nichole Holm, and Christian Silva are PhD students at the University of California in Davis. This post was written as part of a project called "Science REALLY says" which seeks to ensure scientific data is accurately represented by the media. For more content from the UC Davis science communcation group "Science Says", follow us on twitter @SciSays