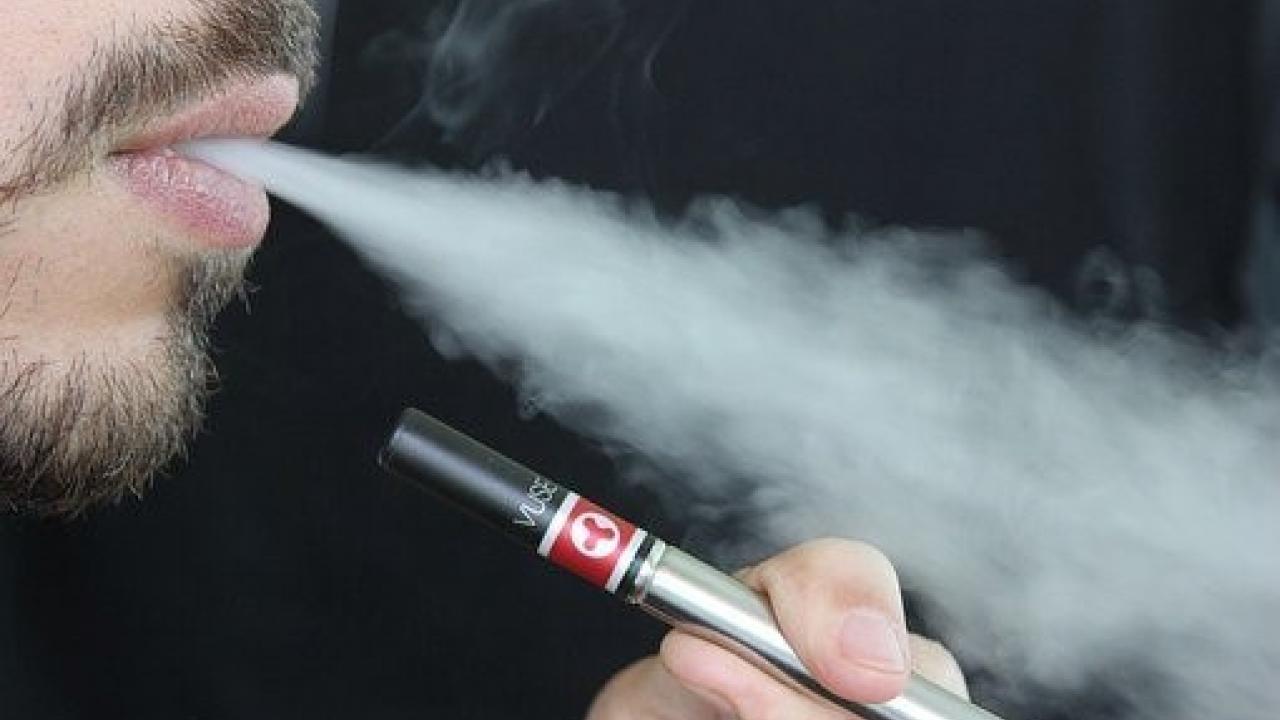 Electronic cigarettes’ popularity has sky-rocketed in the last few years. Often called e-cigs or vapes, these devices hold liquid that is vaporized and inhaled. They simulate the experience of smoking real cigarettes or can be used as a cessation device to help people stop smoking. Whether vaping presents a major health risk is a hotly debated subject. Many people fear that vaping poses just as large of a health concern as smoking traditional tobacco cigarettes. Others argue that vaping is a casual hobby with little to no health risk.

So what does science really say about e-cigs’ impact on health?

A 2019 study from an international group of researchers specifically aimed to identify the potential health risks of metal that can leach into e-liquid, or juice, during vaporization and are then inhaled. With over 400 brands of e-cigs available, and minimal government regulation, it is challenging to characterize the potential health risks of vaping due to the staggering degree of variability in the field. However, e-cigs can be broadly divided into two categories: an open system and a closed system (see the figure below).

An open system is usually larger than tobacco cigarettes and is often referred to as a tank, e-vapor, or mod. This type of e-cig allows users to refill with e-liquids or “juice” from different manufacturers, which come in a wide variety of flavors and nicotine levels. These liquids are not standardized or inspected by any regulatory agency.

A closed system e-cig more closely resembles a traditional tobacco cigarette in terms of size and shape, and is often referred to as a “cigalike.” This type of e-cig is often disposable or can be reloaded with pre-filled cartridges or pods from the same manufacturer as the device. Choices for cartridge flavors and nicotine levels are much more limited compared to open system devices. However, studies have found that closed system e-cigs are the preferred device style for youth and new e-cig users.

The researchers chose both open and closed system devices based on popularity. SMOK and iStick were the open system e-cigs, and blu and JUUL were the closed system e-cigs. They also investigated three different juice flavors (berry, tobacco, and menthol), three different nicotine levels (0, 6, and 24 mg/mL), and varying power wattages (ranging from 20 to 200 W based on settings on each device). The variation in e-cig device type, juice flavor, nicotine level, and power setting helped researchers gain a more representative cross-section of e-cig use and allowed them to be one of the first groups to compare the potential health risks of metal inhalation between open and closed systems with comparable settings. 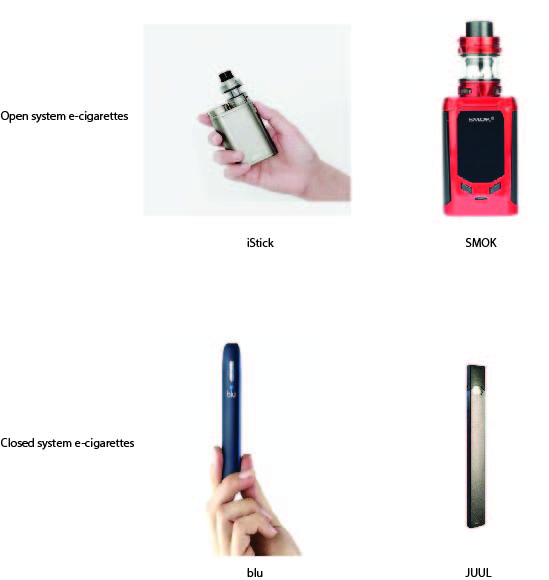 Previous studies found that metals can leach from several components of an e-cig including the heating coil, joints, and wires. Here, the authors investigated the concentration of a variety of metals in the vapor, or aerosol. They found detectable levels of arsenic, chromium, copper, iron, manganese, nickel, lead, antimony, tin, and zinc in the aerosol of both the open and closed system devices. Concentrations of these metals increased with increasing power, for example increasing from 20 to 40 W. This suggests power affects metal emission in the aerosol because an increase in power heats the coil within the device to vaporize the liquid, thus facilitating coil degradation. The coil and other metallic parts of both styles of devices deteriorate with age. The researchers did not address this in their work, though they pushed for investigation into the role of aging on metal contamination. There were no measurable differences in metals detected in e-cig aerosol as a function of e-liquid flavor or nicotine level. There was, however, a higher level of metal detected between open system devices compared to closed system devices.

In addition, the group compared the level of metal inhaled by vape users to the Center of Disease Control (CDC)'s minimum risk levels for “safe” metal inhalation. Levels of manganese and nickel in both types of devices were higher than the minimum risk levels and were higher still than the amount of metal inhaled by an individual smoking a traditional tobacco cigarette (brand not stated). The inhalation of nickel is especially concerning because it is associated with respiratory diseases and lung cancer. Furthermore, lead was also detected in the aerosol from e-cigs and there is no safe level of lead that can be inhaled. Thus, the researchers concluded that there are significant health risks due to the potential exposure to toxic metals.

Though there are currently regulations on the use of electronic cigarettes in 68 countries, including the United States, the regulations are focused on advertising, minimum age of consumers, and restrictions on places of use. E-cig manufacturing and production does not currently have a quality control or oversight agency to verify that all devices utilized by consumers are safe for use. Many believe that some form of regulation, similar to the standards set in the traditional tobacco cigarette industry, would be beneficial especially with hundreds of injuries and 34 deaths reported to the CDC in association with vaping using faulty devices or contaminated e-liquids and cartridges.

Inhaled vapor from electronic cigarettes contains harmful levels of toxic metals, most likely contaminating the liquid through degrading metallic components. Further research needs to be done to determine the long-term health risks of e-cig use. In the meantime, establishing quality control protocols will help protect users from harm due to poor device and e-liquid production oversight.

Jackie Woods is a Science Communication Intern and a PhD candidate in the Biomedical Engineering department. For more content from the UC Davis science communication group "Science Says", follow us on Twitter @SciSays.