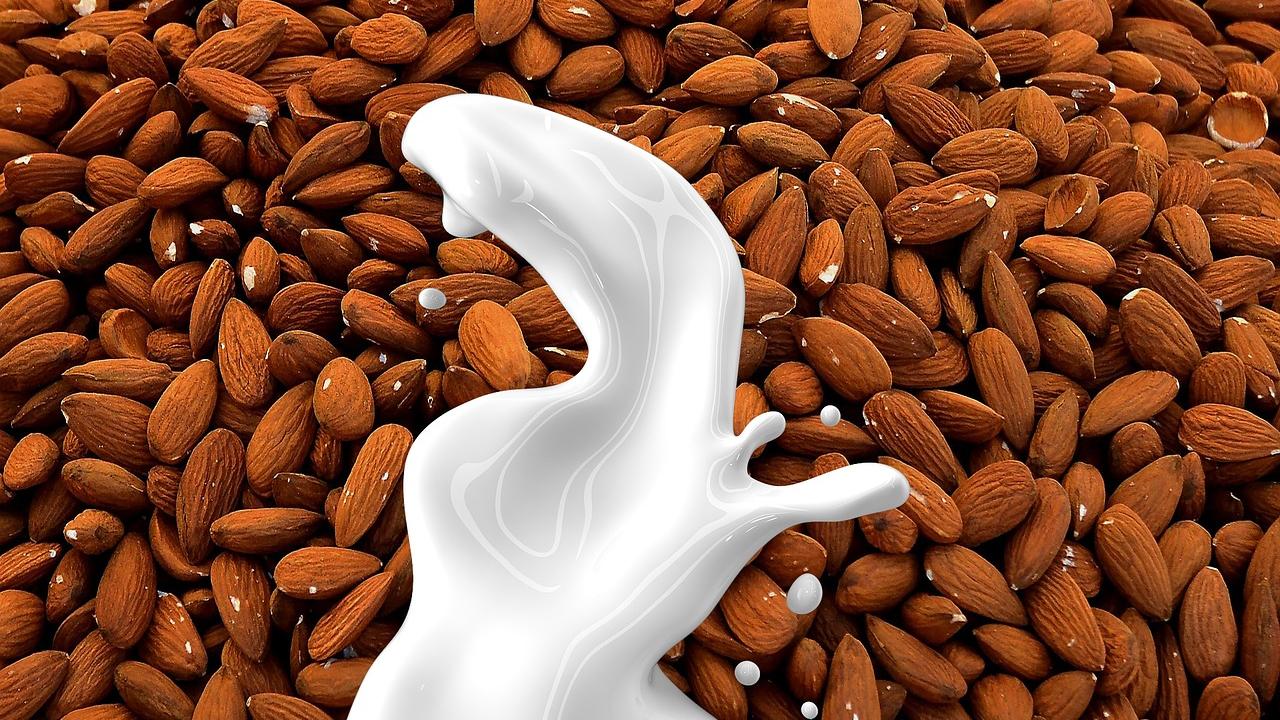 Why Naming Plant-Based Foods is So Contentious

What makes cheese, cheese? Or milk, milk? How does naming food products create such controversy that it inspires lawsuits?

Thanks to the increasing recognition of environmental impacts  and the redefinition of “healthy” foods, plant-based diets are on the rise, says Dr. Charlotte Biltekoff of University of California, Davis, and author of Eating Right in America: The Cultural Politics of Food and Health. One pivotal moment in launching plant-based diets was the publication of Diet for a Small Planet in 1971 by Frances Moore Lappé. “[It links] animal intensive diets to environmental resource depletion and scarcity, and it put this idea that there are other ways to get protein that are healthier and better for the planet into the national consciousness at a time when food habits in general were also being politicized as part of the counterculture,” explains Dr. Biltekoff.

The market seems to be flooded with new plant-based alternatives, and according to Dr. Biltekoff, the companies are aiming for mimicry to entice non-vegetarian or non-vegan consumers to choose their products. They want to make their products, explains Dr. Biltekoff, “both exactly like and better than the real thing, so consumers won’t miss the real thing at all. Previously vegetarianism [or veganism] might have meant eating something different or maybe sacrificing something for your values… but now the promise is there shouldn’t be any sacrifice.”

But if a plant-based cheese alternative doesn't contain dairy, will it still behave and taste like cheese? Can it even be called cheese?

Milk is typically thought of as a nutritious liquid produced by a lactating mammal. Cow’s milk may be the first to come to mind, but other commonly consumed milks are produced by goats and sheep. However, milk is much more complex according to Dr. J Bruce German from UC Davis. “Lactation evolved literally as a comprehensive diet for mammalian infants; it’s all a baby eats for weeks, months, sometimes even years.” In contrast, we have to process other foods to remove toxins or to make it more palatable. When asked about what makes milk so naturally nutritious, Dr. German said “we don’t know all of the reasons…why milk is good for babies…that the functions of milk are only [just] emerging.” For instance, calcium is important for growing infants’ skeletal structure. Casein, a calcium transport protein, binds to calcium in milk and makes it absorbable.

In the United States, the Food and Drug Administration (FDA) has standards of identity which legally regulate product definitions so consumers understand what they are purchasing.

Cheese is even more complicated. According to Merriam-Webster, cheese is defined both as “a food consisting of the…ripened curd of milk separated from the whey” and as “something resembling cheese in shape or consistency.” Generally, bacteria added to milk digests lactose (the sugar in milk that many people are allergic or intolerant to) into lactic acid. An additional enzyme, rennet, is added or produced by the bacteria to finish curdling the milk, forming clumps (or curds) that you might find in the expired milk carton in your fridge. The curds are then strained from the liquid whey and compressed into a cheese mold to age and be processed for sale. Casein again comes into the picture: its three-dimensional structure supports the formation of curds, and is thought to promote the formation of curds in an infant’s stomach to control the release of essential nutrients.

Plant-based milks generally consist of a water-based extract. They are produced by soaking and blending a plant substance, such as almonds, in water and straining the pulp; it can then be fortified, sweetened, or flavored before it goes to market.

They want to make their products, explains Dr. Biltekoff, “both exactly like and better than the real thing, so consumers won’t miss the real thing at all."

Vegan cheeses are also based on plants instead of milk—typically soy or nuts. Similar to dairy cheeses, bacteria is added to the plant material to separate the proteins. However, this does not create a curd-like substance, so thickeners and other ingredients are often added to improve consistency and flavor. A quick glance over DIY vegan cheese recipes suggest that nutritional yeast, a vegetarian dietary supplement, is commonly added to provide a nutty or cheesy flavor and harder vegan cheeses use agar agar to set the cheese. 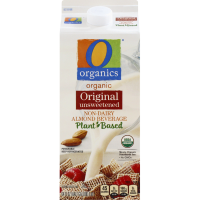 Dairy alternatives still use the words “milk,” like Silk soy milk. Nowadays the labels are changing to “non-dairy beverage.” However, there’s a push in the European Union to remove even the word “dairy” from labels on dairy alternatives. The law is so restrictive, it would prevent using adjectives or even containers that might make a consumer think of a dairy product. In 2018, the Dairy Pride Act was introduced to the Senate of the United States that would effectively prohibit the use of “milk” on plant-based products and demanded more strict regulation of what can and cannot be called “milk.”

In the United States, the Food and Drug Administration (FDA) has standards of identity which legally regulate product definitions so consumers understand what they are purchasing. For instance, the standard of identity for milk as of 1 April 2020 is “the lacteal secretion, practically free from colostrum, obtained by the complete milking of one or more healthy cows.” This jargon-filled sentence implies that plant-based “milks” cannot actually be called “milk” because they do not come from a cow. In addition, the National Milk Producers Federation continues to push for enforcement of these standards to restrict plant-based alternatives’ use of “milk.”

Cheese FDA standards vary based on the type of cheese, and “milk” is sometimes redefined. For example, asiago cheese—a cow milk-based cheese—has the verbiage “the word ‘milk’ means cow's milk.” On the other hand, Romano cheese can be made from a variety of milks, so milk is defined as “cow's milk or goat's milk or sheep's milk or mixtures of two or all of these” in this section. Nowhere in the cheese standard of identity exists a definition for plant-based cheese or plant-based milk being used in a cheese-making process. This also implies that plant-based cheeses are not “cheeses” in the eyes of the FDA.

So how did we get to the point of splitting hairs over product names??

The labeling dilemma seems to stem from the concern that consumers could be hoodwinked into buying products they believe to be nutritionally equivalent to their dairy counterparts. In a 2018 statement from the FDA, these concerns are clearly described: “labeling of some plant-based products may lead consumers to believe those products have the same key nutritional attributes as dairy products, even though these products can vary widely in their nutritional content.”

There’s a big BUT to this argument. The milk standard identity defines milk as only coming from cows, even though you can find sheep and goat milk in grocery stores. And milks from different animals at different times in their lactation cycles have different nutritional content, too. And chocolate milk definitely is not milked straight from a cow.

The argument from the dairy alternatives industry is that the modifying word is crucial. “Chocolate” milk and “goat” milk are modified versions of just “milk,” so “almond” milk should be treated the same by this line of reasoning. Even in the cheese standards of identity, “milk” is redefined to suit the specifications of the cheese being described.

According to Dr. German, transparency is key. “The public should demand greater transparency in [their] food supply. We should know what we’re eating and we should demand [transparency] of the industries who sell it [and] of the agencies that regulate it…The more we know about the food, the more we can make informed choices.” Though “organic unsweetened almond non-dairy beverage” is a mouthful, it is more informative than “almond milk.”

“An awful lot of consumers, when they were told ‘almond milk’ thought it was milk with almond flavoring, that they just took cow’s milk and put a little almond flavor [in it]. Who wouldn’t? The fact that there was no milk at all was, in essence, hidden from them. That’s not fair.” - Dr. J Bruce German

The biggest issue is that the FDA standards of identity have existed for almost 100 years, making them more than overdue for a thorough revision. While the FDA’s Nutrition Innovation Strategy intends to tackle this and other issues, it’s slow going. In the meantime, there are only voluntary standards of identity for plant-based milks.

In the same statement, the FDA reiterates that “we must also ensure that the labeling of such products does not mislead consumers, especially if this could compromise their health and well-being.”

There’s more that needs to be transparent beyond the standards of identity and how items are labeled. As stated by Dr. Biltekoff: “[consumers] might be making [choices] because they’re concerned about the environment or animal welfare or labor practices in the food system [and] none of these are required to be included on a label.”

The resolution? Unclear. Reforming the FDA standards of identity to reflect the current market may seem like the logical course of action, however this is costly and time-consuming. In 2018, the FDA’s multi-year Nutrition Innovation Strategy collected information from the public about labeling plant-based products and feedback about the use of dairy terms in their labeling. According to their website, they collected only 13,000 comments and still have not given any update about the labeling terms.

In the meantime, consumer purchasing power can influence the market. If consumers continue to purchase more transparently labeled products—including whether nutrients or added or if the product is environmentally friendly—then companies will continue to improve their labeling.

Thank you to Drs. Charlotte Biltekoff and J Bruce German for their time and expert opinion.