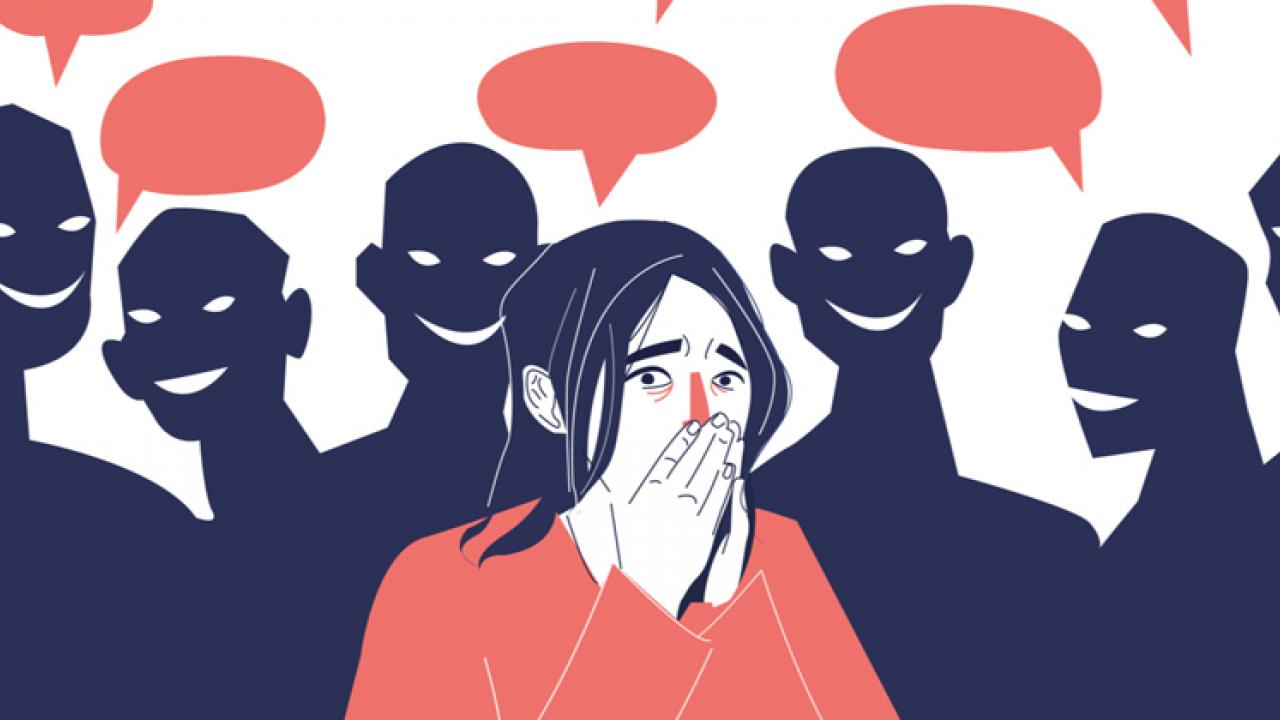 Is the “Love” Hormone Making Us Socially Anxious?

We have all experienced nervousness before a social engagement at some point. Perhaps you had anxiety before speaking in front of a crowd or butterflies in your stomach in anticipation of a first date. As social beings, it is normal human behavior to care about what others think of you. But what happens when you care too much? This is the unfortunate reality for individuals who suffer from social anxiety disorder. Remember that feeling you get before you public speak? Imagine feeling that every time you interact with somebody new. Social anxiety disorder is characterized by a fear of scrutiny from others, heightened to the point where individuals suffering from it just avoid being social. An estimated 12.1% of adults in the United States have experienced this disorder at some point in their lifetime, with women more often affected than men. As debilitating as this disorder is, current treatments are only effective in about half of patients. Further, the cause of it is still unknown, although some believe it is the result of early social trauma, such as being the victim of bullying as a child.

Current research in the Trainor lab at UC Davis has provided us with insight into why some individuals become more anxious than others in social settings. Oxytocin—affectionately referred to as the “love” hormone because of its involvement in enhancing social bonds—surprisingly seems to play an important role. The researchers found that heightened social anxiety is in part caused by stressful social encounters increasing oxytocin activity within a brain region that regulates anxiety. Unfortunately, women disproportionately experience social anxiety disorder more than men, likely because of differences in anxiety regulation. Unlike males, females show prolonged oxytocin activity within this brain region following a social stressor, possibly contributing to their enhanced negative reaction to social situations.

In order to dive deeper into what is occurring in the brains of people with heightened social anxiety, the Trainor lab uses the California mouse as an animal model. Both male and female California mice are territorial, which the lab uses to their advantage. When a new mouse is placed in the home cage of another mouse, the resident mouse fights the intruder mouse off, which is supposed to model bullying behavior seen in humans. As a result of the fighting, the attacked mice not only exhibit signs of stress but also social stress. The defeated mice approach new mice less often and also become hyper aware of unfamiliar mice in their environment, a behavior the researchers call social vigilance. Interestingly, these are the same behaviors that are typically seen in individuals with social anxiety disorder, confirming that the California mouse is a useful model for studying how this disorder develops in humans.

The researchers suspected that a region of the brain that is known to be activated in response to fear and anxiety, the bed nucleus of the stria terminalis (BNST), may be involved in causing this elevated stress-induced social anxiety. For instance, one study showed increased activation in this region in individuals with social anxiety disorder while they anticipated a negative event to occur. Further, the Trainor lab hypothesized that oxytocin, more commonly known to enhance positive social experiences, may actually be acting in the BNST to increase social anxiety in response to negative social experiences. To support this idea, they found that defeated mice had more oxytocin neurons activated in the BNST following a social interaction. Interestingly, the same study also found that oxytocin neurons remained active up to 10 weeks after social defeat in females, but not in males. This indicates that these systems may be regulated by oxytocin differently between sexes, which may account for the increased prevalence of the disorder in females. A follow-up study found that oxytocin activity in the BNST was indeed necessary for stress-induced social anxiety to occur. Blocking oxytocin production in the BNST increased social approach and decreased social vigilance in socially defeated female mice.

Fortunately, many of us are able to freely interact with others on a daily basis without constant thoughts about judgment going through our heads. However, those individuals that do have intrusive thoughts may find it paralyzing and a hindrance to their lives. They may find it difficult to attend group gatherings or meet new people, which can be an isolating way to live. Hopefully, future research will bring us closer to understanding why men and women differ in how they respond to social stressors and to potential treatments that may allow these individuals to begin feeling more comfortable interacting with others on a daily basis.

Driving Impact Through Art and Science