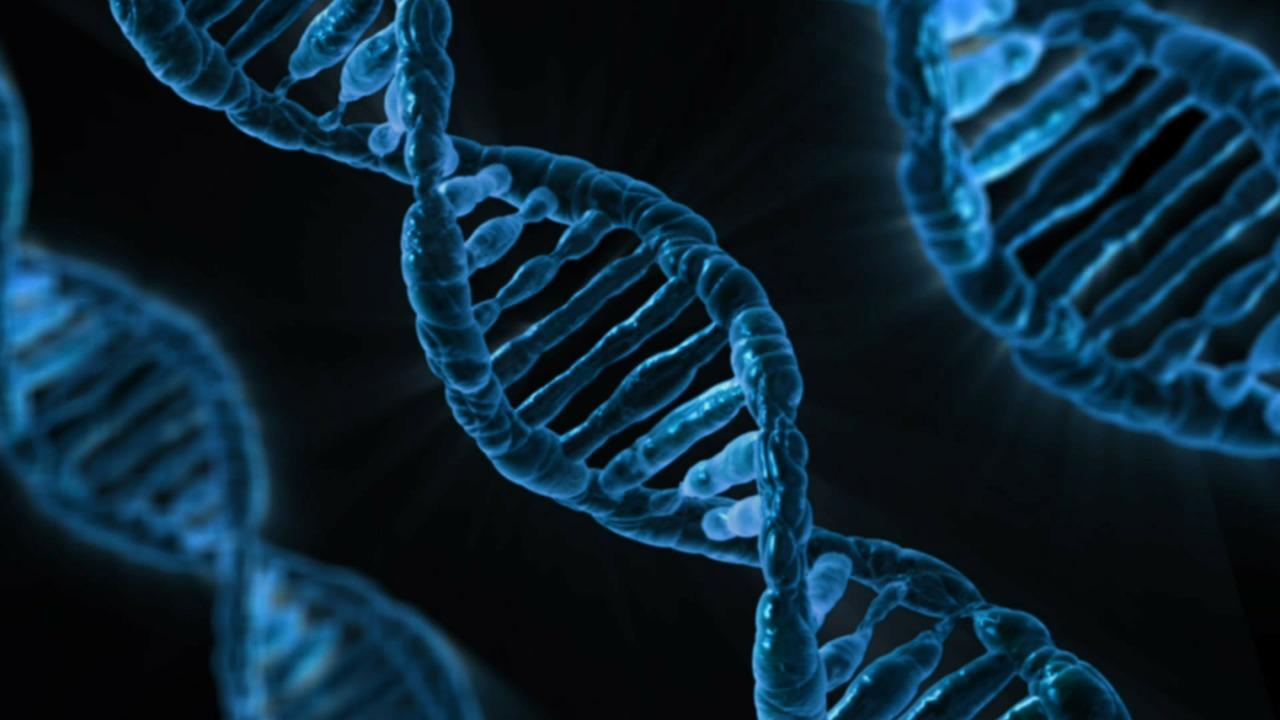 Having unprotected sex can have legitimate consequences. If you are female, you may get pregnant. And no matter your biological sex, you are at risk for numerous sexual transmitted infections. Both of these risks can be mitigated by use of contraceptives. But, should you fear your partners’ DNA persisting inside of you for the rest of your life? No.

An article claiming that a woman contains DNA from every sexual partner she’s ever had surfaced a few months ago. We tracked down the original scientific publication that inspired this false claim and spoke with the head researcher, Dr. J. Lee Nelson.

But what even is a microchimera? (And what does it have to do with sex?)

If you’re a microchimera, then you’re a little bit of a chimera (i.e. micro). A chimera is an organism (like a human or a cat) that is made from cells that have different DNA. Usually, in organisms that have a lot of cells, all of the cells have the same DNA, or genetic code, inside of them. But in chimeras, that isn’t true. Chimerism happens when two, genetically distinct organisms merge – like a fetus absorbing its twin in the womb. Chimerism can lead to some pretty interesting drama, like failed paternity tests.

Note: a Chimera is a hybrid fire-breathing monster that comes from Greek mythology. Microchimeras are real and not monsters.

To be a microchimera, you don’t need to absorb your twin! If you’ve ever received a blood transfusion or a bone marrow transplant, you were a microchimera for at least a moment in time. If you’ve ever donated blood, you may be coursing through someone else’s veins, saving another person’s life and giving them the privileged title of “microchimera.”

Another way people become a microchimera is through pregnancy. When a female is pregnant, fetal material can cross the placenta and circulate through the mother. Interestingly, this form of microchimerism can last even after the pregnancy has ended. And this is where the confusion about having your partner’s DNA in you forever comes from.

The scientists tested the blood of 120 women – some with rheumatoid arthritis and some healthy – for male DNA. They kept track of the women’s pregnancy histories, like whether or not they have ever been pregnant, had an abortion, had a miscarriage, or gave birth. They found male DNA in 21% of all women who had never even given birth to a son. Women who had abortions in their first trimester were the most likely to have male DNA floating around in their blood.

The study compared women with rheumatoid arthritis (RA) to women without RA. This is because pregnancy is known to have a beneficial effect on RA – women who have given birth a little less likely to develop RA. When a woman with RA becomes pregnant, her arthritis symptoms can be better during pregnancy. Researchers think this is because of the fetal material that circulates in the mother’s bloodstream. RA is an autoimmune disorder, meaning a person with RA’s immune system is mistaken, and thinks the person’s joint lining is a foreign invader and launches an attack against it. When fetal cells and DNA are circulating, they may temporarily trick the immune system into behaving again. It is a compelling hypothesis with more work to be done that will hopefully help those suffering from RA.

In the study we are talking about, there wasn’t a difference between women with and without RA in terms of finding male DNA in their blood.

All scientific studies have limitations. In this study, there are two main limitations:

First of all, the study only looked at 120 women to figure out how common male microchimerism is. 120 may sound like a lot of people, but in terms of making conclusions about the general population, it is very small. To really make bold claims about the frequency of something in the population, you must look at thousands of people with a wide variety of age, ethnicity, medical history, and more. That does not mean this study doesn’t draw relevant conclusions, it just means that more studies must be done to further support their work if we are to make claims about the human population on Earth.

Secondly, the study used a technique called PCR, or polymerase chain reaction, to test whether male DNA was present in the blood. PCR works by finding a specific gene or gene segment, and then making millions of copies of that segment. It is useful for figuring out how much of a certain kind of gene is present. In this study, they amplified a male gene to see how much of it there was in female blood.

PCR limits the study because then you aren’t able to find foreign female DNA, like if the female was pregnant with a girl. It is a lot easier to just look for a male gene than to look for a foreign gene, so that is why most microchimerism studies look just at male microchimerism. Technology has advanced enough that looking for just foreign DNA can be done more easily now, so future studies may use that.

Additionally, this means that the study didn’t look at foreign cells, but at foreign DNA. So the idea that male DNA could be free-floating in the bloodstream can’t be excluded. Dr. Lee and her team, “included mention of sexual intercourse not because it has ever been shown to [their] knowledge, but because it is sometimes brought up as a possible source of transient male DNA.”

In their conclusions, the scientists leading this study explain that male microchimerism isn’t that rare in women who don’t even have sons. Some of the reasons for this include “unrecognized spontaneous abortion, vanished male twin, and older brother transferred by the maternal circulation, or sexual intercourse.” I asked Dr. Lee to explain the last possible cause, sexual intercourse. She admits that their group is not an expert on this and supporting the hypothesis of male DNA from sexual intercourse circulating in a female’s blood stream was not the goal of this study. The authors of the study are “just acknowledging a possibility brought up by others that there could be transient male DNA following intercourse...the thinking is simply that there is male DNA in sperm and that it may take a while to clear this.”

The idea of male DNA circulating in female blood after intercourse is just a hypothesis proposed by scientists and is not proven to be true. And if it is proven true, should we be scared? No.

Copulation, the type of sexual reproduction humans and many other animals engage in, has been around for hundreds of thousands of years! It is how we and many other species evolved. The threat of male DNA in females, presumably, has not changed much over the course of evolution. And there’s no need to worry about it now.

So why did these scientists even look into male microchimerism? Well, before this paper, most microchimerism work was only on women who had given birth to a son. Dr. Lee and her group have shown that a successful birth is not a requirement to be a microchimera. Indeed, they found that male DNA was more likely to be found in a female’s blood if the pregnancy didn’t go to term, either because of elected or spontaneous abortion. They also wanted to know if women with RA were different than healthy women in terms of microchimerism. They found no difference.

New ways of becoming a microchimera are being discovered, too. A French group found male cells in female livers from fetal life to adulthood. They indicated that alternative sources of male DNA in a female can be from a twin, an older male sibling, or a prior miscarriage. In reference to this study, Dr. Lee notes that “there are obviously a number of different ways male cells can be acquired by a female.”

In my humble opinion, microchimerism is flat-out fascinating. It isn’t that rare for a woman to be a microchimera. To my knowledge there isn’t a negative health consequence either. Indeed, it is being studied because of the potential to alleviate symptoms of rheumatoid arthritis.

Sam Tucci and Maria Prada are PhD students at the University of California in Davis.  For more content from the UC Davis science communication group "Science Says", follow us on twitter @SciSays.