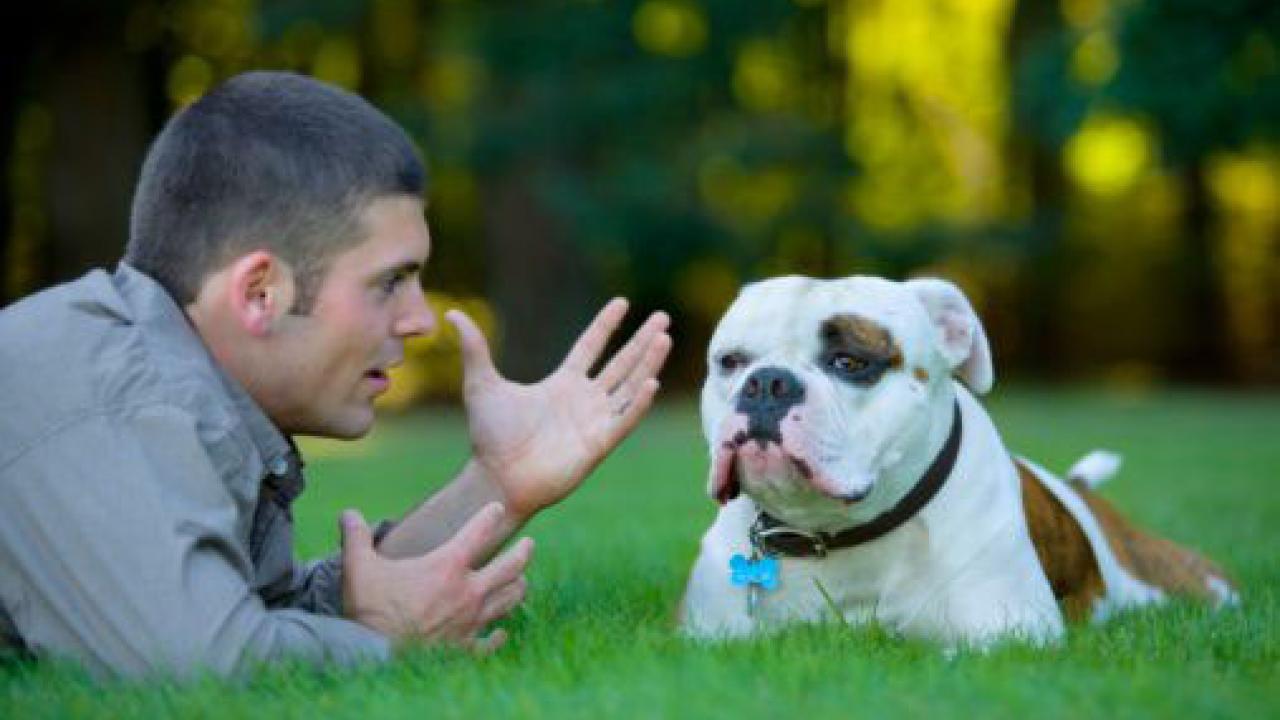 Talking to Your Dog Does Not Mean You Are Smart 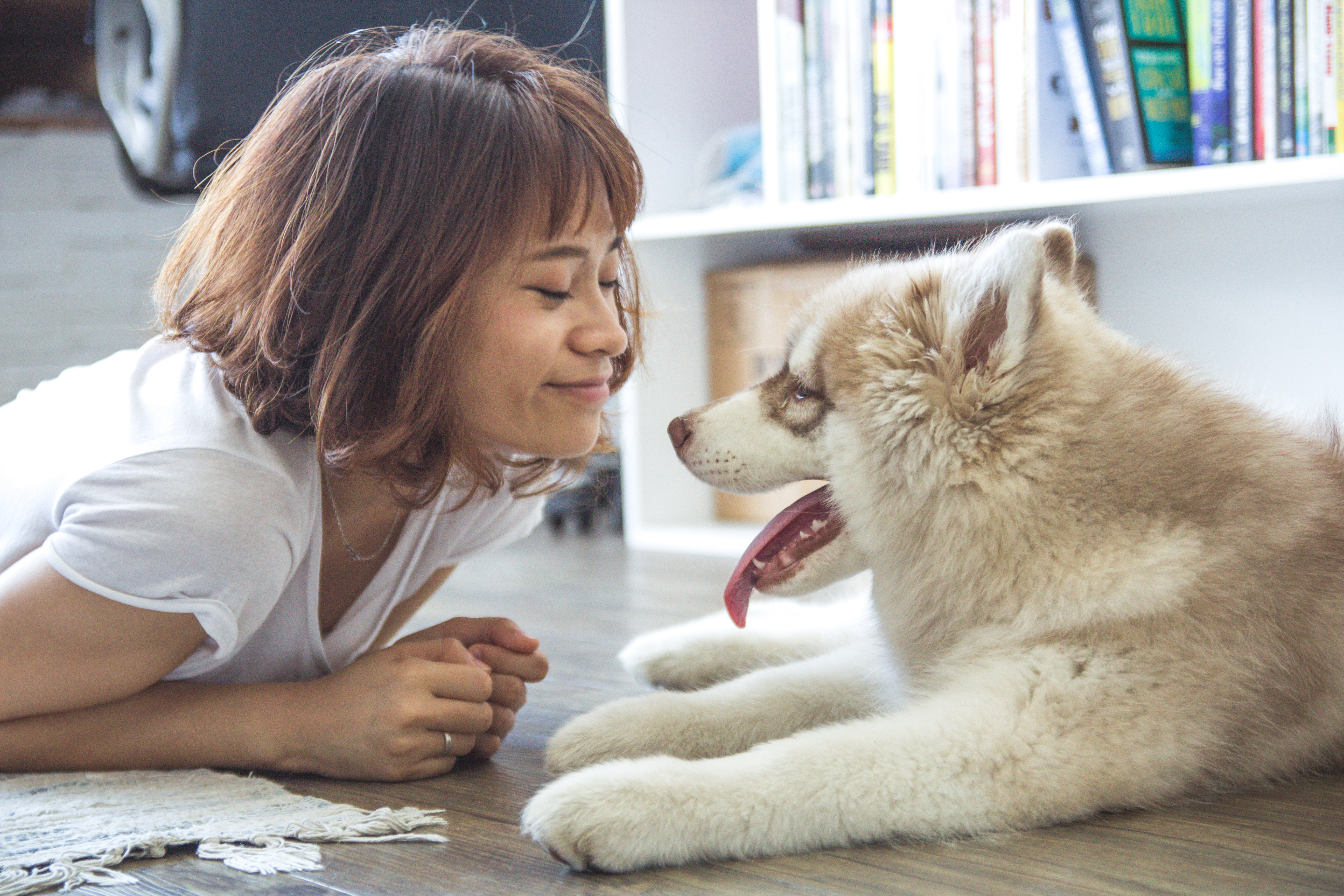 Unfortunately for pet owners, talking to your pet does not indicate either higher than average intelligence or creativity. What it does signify is that you are human, and you are expressing an ancient human behavioral trait - the ability of humans to project human emotions and intentions onto non-humans. You have likely heard the term before - anthropomorphism. It was coined in the 6th century BCE by Xenophanes, a Greek philosopher and critic while observing that religious devotees often depicted deities as looking similar to themselves. Anthropomorphization is prevalent in art, religion, writing, language, and other expressions, from prehistory to contemporary times. The oldest archeological example of transferring human traits to animals is referred to as the Lowenmensch figurine. Dated to about 40,000 years ago, this human figure has a lion head. Humans also have a history of anthropomorphizing the environment and climate to help explain events: when a deity is angry and wrathful, disaster strikes.

An interesting scientific question is why do humans anthropomorphize? What is the psychology behind it and what is its role in society, if it has one? Nicholas Epley, a professor of behavioral science at the University of Chicago, researches the psychology behind anthropomorphism to answer these questions. His 2014 book Mindwise: How We Understand What Others Think, Believe, Feel, and Want, argues that humans are constantly using personal interpretations of events to understand the actions and behaviors of other people and objects. He says the ability to recognize another human mind involves the same psychological processes as recognizing a mind in other animals, a god, or even a gadget, whether that mind exists or not. In one experiment, Epley and collaborators imaged research subjects brains in an fMRI to test the hypothesis that strong anthropomorphization results in brain activity in the region of the brain associated with awareness of other humans. They found that anthropomorphism activated the region associated with self-projection and theory of mind, or our perception that others are separate from ourselves.

However, Dr. Cristina Moya, a professor of anthropology at UC Davis, noted: "Just because a brain region lights up during a given activity, it doesn't mean that when that region lights up the person is engaging in that activity. That is, there could be multiple activities and thought processes that could produce a similar fMRI pattern. The argument commits the same fallacy as saying all Davis residents live in California, therefore if one lives in California one lives in Davis."

Epley argues that there are basically three psychological reasons for anthropomorphism:

So, a person might assign a human characteristic to explain why her dog is barking and try to reason with her dog to stop, especially when she feels lonely, but that doesn't mean she's smarter than average.

Dr. Alexandra Horowitz, an adjunct associate professor in the Department of Psychology at Barnard College, also pointed out that we don't know whether other species anthropomorphize. We don't know that other animals don't think of and explain the world around them using extrapolations from how their own species works, she said in an email. There is evidence that zoomorphism does occur and that the barking dog may be making canine-based assumptions about her owner. Anthropomorphism therefore does not even mark the intelligence of the human species, much less an individual's intelligence. Epley did not cover this in his report on anthropomorphism. Instead, anthropomorphism was reported as distinctly human. While it's true that anthropomorphism is human-specific, the biological process underlying anthropomorphism is probably not. In other words, a dog could be engaging in caninomorphism when she projects dog-interpretation onto the actions of her owner. Epley and others have made the case that anthropomorphism is a process similar to projecting personal interpretation of the world onto other humans and that this process plays a role in contemporary society. Unfortunately, although this does point to higher cognition in humans, it is not an indicator of individual intelligence.

Talking to your pet does not indicate that you are especially smart or creative. The articles that reported this seemed to have misinterpreted the phrase human intelligence to mean personal intelligence, rather than intelligence in an evolutionary context. In addition, there's no evidence that the process behind anthropomorphism is human-specific. Nonetheless, anthropomorphising your pet reflects a pretty interesting human trait that may have been evolutionarily beneficial and may still play an important role in contemporary society.

Caryn Johansen, Eric Walters, and Taylor Reiter are graduate students at the University of California in Davis. This post was written as part of a project called Science REALLY says which seeks to ensure scientific data is accurately represented by the media. For more content from the UC Davis science communication group Science Says, follow us on twitter @SciSays and like us on facebook.

We thank Dr. Alexandra Horowitz (adjunct associate professor in the Department of Psychology at Barnard College) and Dr. Cristina Moya (assistant professor of anthropology at the University of California in Davis) for helpful comments.