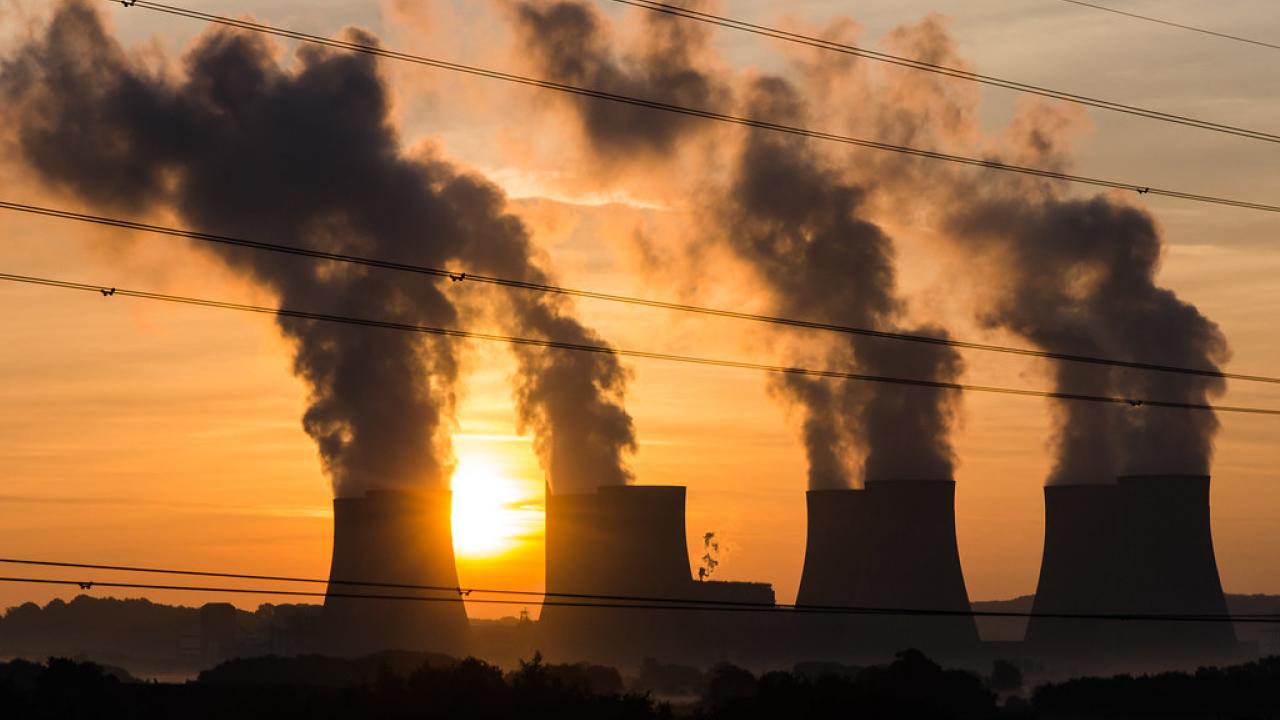 Disclaimer: This blog post discusses suicide. If you or a loved one are in need of support, please call the Suicide Prevention Hotline at 800-273-8255.

In 2010, the British Petroleum (BP) Deepwater Horizon offshore oil rig leaked around 134 million gallons of crude oil into the Gulf of Mexico. BP recruited several local boaters to help with the oil containment efforts, including the prominent boatkeeper Allen Kruse. Horrified by the extensive damage of the spill, Kruse agonized over the inescapable death of the ecosystem and his way of life that he was powerless to defend against. Not long after, he killed himself aboard the boat and the body of water he loved so dearly.

This bleak view was tragically prescient, with crippling repercussions for Gulf Coast communities: more than 95,000 animals died after direct or indirect oil contact, residents suffered widespread harm to their health and billions of dollars in economic output were lost. Shock waves are still being felt a decade later.

This catastrophe is just one salient reminder of how inextricably linked humans are with the natural world, bound in a delicate state of equilibrium.

Conventional, non-renewable sources of energy (e.g. oil, coal, natural gas) have been forming for millions of years and are thus non-renewable in our lifetime. Since the Industrial Revolution, when fossil fuel extraction became possible on a larger scale, humans have extracted 11.7 gigatons of oil equivalent of these fuels; around 50% of this extraction was done in just the last few decades (Fossil fuel burning). If the current rate of extraction is continued, these sources are projected to be depleted in the next few decades (Figure 1). This asymmetry makes the continued usage at the current rate unsustainable in the long-term.

Beyond the impending resource scarcity crisis, fossil fuels spew greenhouse gases (GHGs) at every stage of their consumption lifecycle, from extraction to combustion. These emissions drive climate change, increasing the frequency and severity of extreme weather events such as droughts, hurricanes and wildfires that threaten humans and all other parts of the natural world. These effects are not felt equally, but are yet another arena in which the actions of powerful entities further disproportionately harm vulnerable populations.

The power systems supporting conventional sources of energy are inherently oligarchical. Because the easily accessible fossil fuel supply has been largely depleted and more extreme methods need to be used for extraction, these resources become increasingly centralized and lead to more asymmetrical power imbalances. Employer-employee relationships in the non-renewable energy sector are rife with instances of employers playing fast-and-loose with employees’ lives without proper compensation. Because job demand outstrips availability in many of these single-industry locales where these antiquated operations happen, the industry can afford to treat their workers as expendable laborers. It is true that fossil fuel jobs have historically been stable and high-paying, but this has changed recently for a variety of reasons, e.g. the increasing cost competitiveness of renewable energy. Company heads pocket government money intended to keep workers on the payroll, while simultaneously laying them off in favor of automating technologies.

The power differential between the energy industry and average citizens is especially pronounced along racial and socioeconomic lines. This environmental racism is explicitly illustrated in the continued land grabs from indigenous communities that has allowed the energy industry to seize indigenous resource-rich land. This came to a dramatic head with the fight over the Keystone XL pipeline that would have partly run through Sioux Tribe land, but is perhaps more insidiously linked to longstanding and pervasive abuses of these minority populations.

Fossil fuels have played a role in international power dynamics since they became more readily extracted. Historically, it was assumed that the size of a country’s fossil fuel arsenal was associated with its political and economic instability in a phenomenon referred to as the “resource curse.” But given the history of colonization in many of these countries, this instability is likely the result of external, extractive encroachment by powerful entities capitalizing on the relative lack of  power rather than resource mismanagement by the fuel-rich country. Developed countries are the highest consumers of fossil fuels (Figure 2A) and overall emitters of GHGs (Figure 2B), yet climate solutions are often targeted toward developing countries. If there are to be impactful changes in global fossil fuel extraction and usage, powerful developed countries need to take a long, hard look at their own practices.

In the same vein, fossil fuel companies have tried to blame climate change on average citizens. Pernicious effects incurred throughout the lifecycle of fossil fuel usage are often indirect, allowing the fossil fuel industry to write detrimental consequences off as externalities. For example, vehicles spew GHGs that condense and precipitate as acid rain, wreaking havoc on flora, fauna and human livelihoods even hundreds of miles from the source. The energy industry is not held liable for these adverse effects though because they can claim that an external factor accounts for the damage. With only a half-hearted slap on the wrist, this allows imbalanced energy structures to persist at home and abroad.

Renewable Energy Holds Promise, but Has Its Own Issues

Theoretically, the power imbalance is reduced with renewable energy because the energy sources, by definition, can be replenished in a much shorter time than non-renewable sources. With this abundance, there should be less pressure to create massively hierarchically-biased production structures. However, even these “clean” sources have negative social consequences. For example, this new and relatively unregulated industry’s consumers (warning: explicit content) are sometimes taken advantage of by private companies riding the Green Wave. With time, these speed bumps are expected to smooth out so it should be pursued further cautiously, with a focus on not perpetuating the mistakes of the non-renewable energy industry.

Given that both non-renewable and renewable energy come with several strings attached to the environment and everything living on it (though the former is undoubtedly more destructive), I argue that the best possible path of recourse is to reduce overall consumption. While this is not a novel concept, I hope to have conveyed the reverberating effects that are associated with our current energy consumption practices.

The COVID-19 pandemic forced employers to re-conceptualize how work can be done. Noticeable effects on the environment and the people in it are already being felt during this relatively short period of decreased energy consumption and GHG emission. It is true that fossil fuels have been integral to the modernization some are able to enjoy. We don’t need to sacrifice productivity for lower consumption or ignore necessary exceptions to this rule, but the rate of consumption needs to be rethought with the goal of increasing energy efficiency. We need to reimagine and swiftly execute what life would be like if our energy lifecycles were more equitable, sustainability-minded and prosperous for all.

Some things to consider:

You can check out the previous post here. Stay tuned till next time, when we’ll discuss the social and environmental impacts of consumerism!