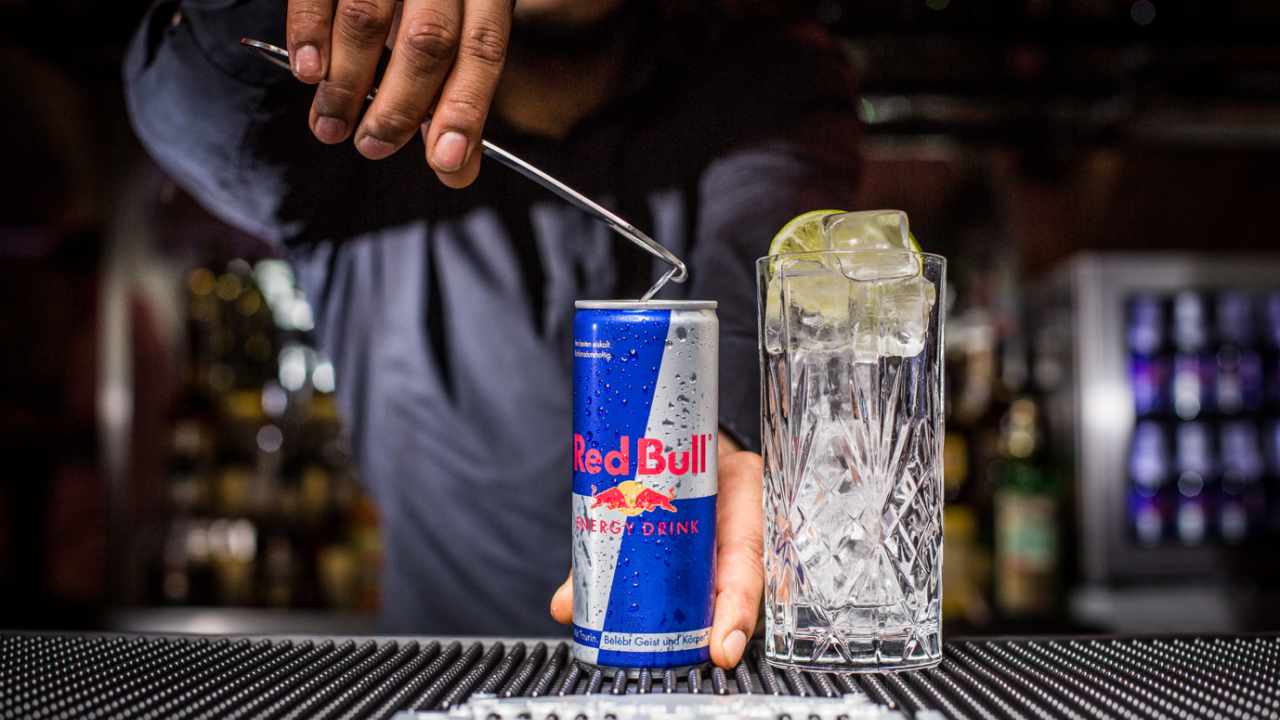 Media outlets recently reported that mixing caffeine and alcohol has the "same effect" as cocaine. These articles, which refer to a study from Purdue University, have headlines that make you think twice about downing that vodka Red Bull. However, before treating UPROXX like the new WebMD, we should step back and unpack the central claim being asserted.

What exactly does it mean to say that caffeine-mixed alcohol has the same effect as cocaine?

Caffeinated energy drinks are a relatively recent phenomenon, steadily increasing in popularity over the past few decades, particularly among adolescents and young adults. While many energy drinks contain additional ingredients such as "energy vitamins" (a pseudoscience of its own not to be addressed here), the core active ingredient is caffeine, which varies widely in its concentration among brands. Even without alcohol, the consumption of energy drinks, particularly by teens, has been considered risky by scientists and physicians for quite some time. The same can, obviously, be said about alcohol in the absence of caffeine.

But what happens when the two are mixed? One concern is the "wide awake drunk" effect: people inebriated from caffeine-mixed alcohol inaccurately gauge their level of intoxication and drink more, increasing the risk of alcohol poisoning. After a few high profile cases of caffeine-related alcohol poisonings in 2010, the FDA introduced a de facto ban on the sale of caffeinated alcoholic beverages. Still, people can-and do-mix energy drinks with alcohol on their own.

In addition to the "wide awake drunk" effect, there may be long-term consequences. But testing the effects of caffeine-mixed alcohol on humans is tough, because researchers can't ethically ask people to consume copious amounts of alcohol and caffeine in the name of science. Instead, animal models which have significant biological similarities to people must be used.

"Thus who knows what happens to an 18yr old binge drinking 3-4 'vodka-redbull or equivalent' every weekend for a whole year." – Dr. Richard van Rijn

This leads us to our first caveat on the interpretation of this research. While animal models are incredibly informative, we cannot easily extrapolate experiments done on mice to humans. Animal research can be used as an approximation, a way to test otherwise impossible-to-test hypotheses that can provide direction for future research. A great deal of care must be taken when interpreting animal data, and journalists are not historically the best caretakers. When you see articles reporting conclusions from animal studies in popular media, don't dismiss the results out of hand, but be more cautious in your interpretation.

You know what else has the same effect? Cocaine.

Aha! There we have the basis for our claim that caffeine-mixed alcohol has the same effect as cocaine. Case closed, science done, headlines written. Good night, everybody!

Well, no. Drugs have multiple, complex effects, and a single overlap in these effects does not make them equivalent. The researchers also measured another hallmark of cocaine dependency that comes with increased movement: the accumulation in certain regions of the brain of the protein, FosB, which has been classified as somewhat of a "molecular switch" for addiction. When they measured FosB in mice exposed to the same treatments listed above, they found that in one of two brain regions tested, FosB accumulated only in mice exposed to caffeine-mixed alcohol.

Ah, the comparison grows stronger. Next, the researchers tested if repeated caffeine-mixed alcohol consumption increased sensitivity to cocaine as a reward. Importantly, caffeine on its own was previously shown to have this effect. Caffeine-mixed alcohol surprisingly had the opposite effect: a reduced cocaine preference compared to caffeine alone. The interpretation? Repeated caffeine-mixed alcohol use actually desensitizes the mice to cocaine reward responses, so higher dosages of cocaine are required to be satisfied. Thus, desensitization could potentially lead to the abuse of rewarding substances. The researchers tested this by providing access to a natural reward which the mice could self-administer. Consistent with their hypothesis, they found that mice treated with caffeine-mixed alcohol voluntarily gobbled up a lot more of this reward compared to controls.

Unlike the headlines, the body of the articles stuck mainly to the Purdue press release and did not generally present any outlandish claims. The main issue across the board is the loss of important details. Lead researcher, Dr. Richard van Rijn, commented: "The biggest nuance that may not have come through is that we exposed our mice to the caffeinated alcohol solutions for nearly their entire adolescent period. Thus the effects we observe, in mice, are on the very extreme end of people consuming these mixed drinks. On the other hand: it is apparent that we actually mixed relatively low amounts of caffeine with the alcohol and already noticed signficant[sic] changes. Thus who knows what happens to an 18yr old binge drinking 3-4 'vodka-redbull or equivalent' every weekend for a whole year."

That last sentence is key: who knows how this really translates to humans? The research is important and informative, but at this point, there are still many unknowns. We should not hang our hats on the results of a single study - although that is how science is commonly reported, that is not how it actually works. This study does not exist in a vacuum, but instead in a larger body of literature. Other studies similarly suggest that caffeine and cocaine can have comparable effects, but the added factor of alcohol has not been as thoroughly studied research like this will not answer all the important questions, but will hopefully lead to a synthesized, comprehensive understanding of the relevant issues in the future.

For now, I think we have enough information independent of this research (re: the "wide awake drunk" effect) to be careful with how we consume caffeine-mixed alcohol while the scientists hash out the long-term effects on neurochemistry and propensity for drug addiction.

Christian Silva, Jenna E Gallegos, and Destiny J Davis are PhD students at the University of California in Davis. This post was written as part of a project called "Science REALLY says" which seeks to ensure scientific data is accurately represented by the media. For more content from the UC Davis science communcation group "Science Says", follow us on twitter @SciSays